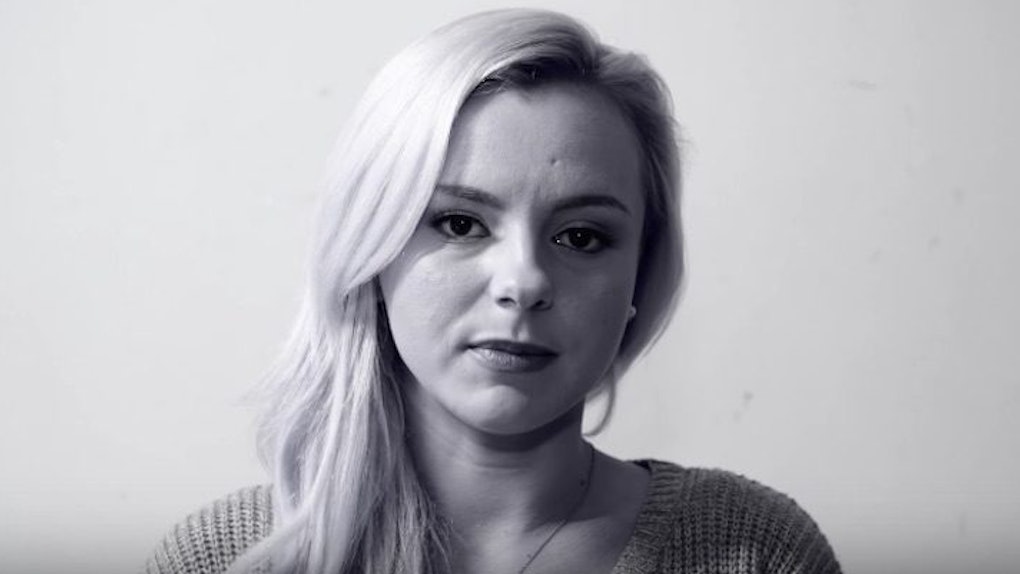 Bree Olson joined the adult entertainment industry when she was just 19 years old as a way to make money while she was in school.

In a powerful video created for the “Real Women, Real Stories” film project, which aims to give a voice to women who otherwise feel voiceless, Olson explains,

People treat me as if I am a pedophile, they don't treat me like an ex-sex worker, they treat me like I would somehow be damaging to children.

It's hard to acclimate to regular life, she says, because people only see her for what she did, not who she is. She says,

When I go out, I feel as if I'm wearing [the word] 'slut' across my forehead.

The abuse has gotten so bad, she says, she sometimes doesn't leave her house for days or weeks at a time. Olson hopes her story will force other women to think hard before joining the adult entertainment industry  --  because in her mind, it's just not worth it.

You can watch her powerful video up top and see more from the “Real Women, Real Stories” series here.