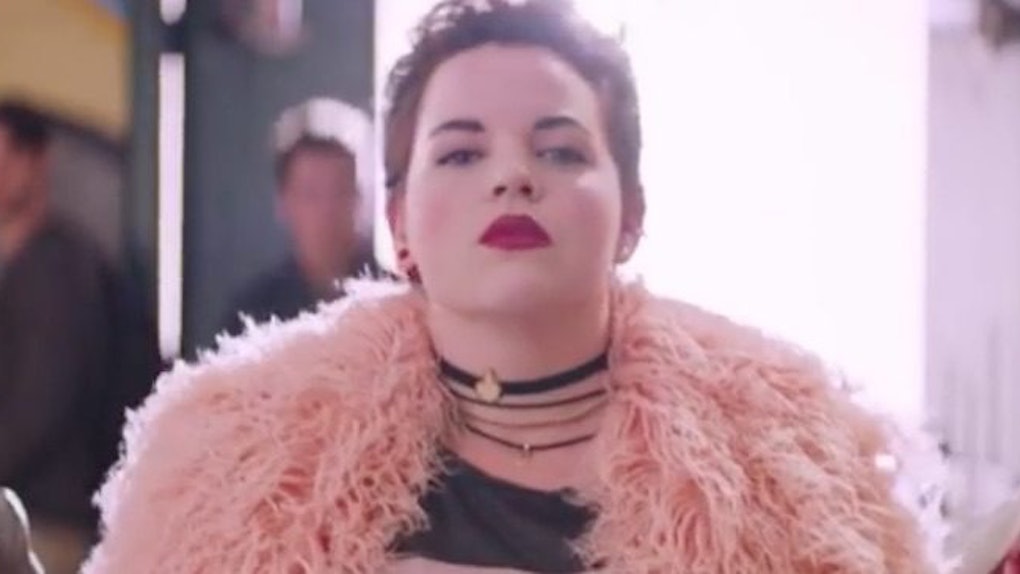 Heathers' Reboot Promo Is Here & We're Are Freaking Out

What's your damage, Heather? It's been almost 30 years since Veronica Sawyer (Winona Ryder) uttered that iconic phrase in the 1988 cult classic Heathers, and now the film is getting the revival treatment courtesy of the Paramount Network. The first Heathers reboot promo teaser has arrived, you guys, and it already looks like a wicked good time.

We get our first real look at the updated Heather Chandler, portrayed by Melanie Field with maximum fierceness. In true on-screen mean girl fashion, she's strutting down a high school hallway cloaked an intimidating glare (and some killer red fishnets) as her clique trails close behind her and onlookers gasp in terror. The other Heathers are actually Heather Duke (Brendan Scannell, in a gender-reversed version of the original role) and Heather McNamara, played by Jasmine Mathews. Veronica, made famous by none other than the "it" girl of yore Winona Ryder in the film, is now blonde relative newcomer Grace Victoria Fox. And from the looks of things, she'll be dealing with a lot of dark drama at the 2018 version of Westerberg High.

So many questions! Will they play croquet? Will there be a Martha Dumptruck? We don't get a clear shot of J.D., but we know the former Christian Slater role will be played by James Scully. One thing we do know: The phrase "f*ck me gently with a chainsaw" has not been forgotten.

A few other cast members we're aware of don't get any face time in this particular teaser. Selma Blair is set to play Heather Duke's gold-digging stripper stepmom and we already have a sneak peek of how that is going to look.

If reboots are lucky, they get blessed with actors from their originals to remind us of what once was and make us squeal with nostalgic delight. Shannen Doherty, the OG Heather Duke, is apparently appearing in the pilot. Squeal.

Heathers will air as a 10-episode anthology series on Paramount Network in early 2018. Until then, brush up on your croquet skills, darlings!