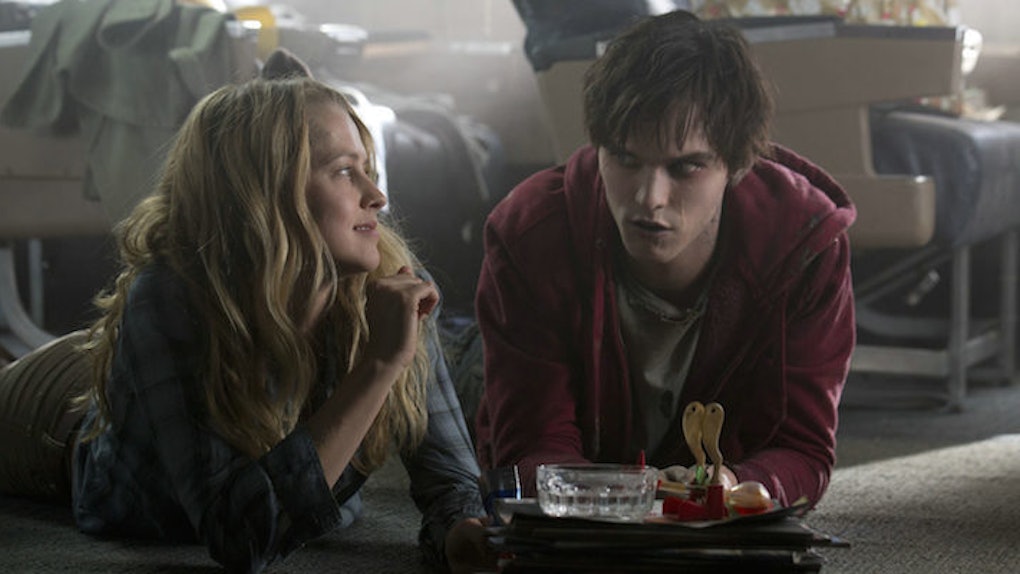 10 Unconventional Films That Will Give You Closure After A Breakup

There are few things more cathartic than cozying up on a couch and allowing a movie to take control of your emotions.

Throw in the grief of a fresh breakup, and a movie can be the perfect remedy to countering your loneliness this cuffing season.

Below I present ten movies to aid in your healing after your breakup and provide you with closure from your past relationship.

Most of these movies are on the unconventional side in terms of heartbreak, but I found them to be surprisingly effective for snapping me out of my funk:

"Annie Hall" is a classic movie by Woody Allen that explores the formation and demise of a relationship over 90 minutes.

After my breakup last year, "Annie Hall" became my go-to movie for internalizing the failure of my relationship.

Although it doesn't capture Hollywood romance in that corny way we all crave, it helped provide me with the closure I had been searching for with my failed relationship.

"The Wackness" stars a grown-up Josh Peck in a charming, coming-of-age comedy.

The opening scene thrusts you into Luke's (Josh Peck's) world as a drug dealer who pays his off-beat psychiatrist with weed.

For me, this movie hit all the right notes as we follow Luke through familiar teenage angst, the bliss of falling in love, the loneliness of New York City and heartbreak, which are all infused with a refreshing hip-hop soundtrack.

Ultimately, "The Wackness" is a unique, feel-good movie that succeeds in maneuvering between uplifting, moving, romantic and comedic.

In other words, it's a welcome addition for a break-up cure.

I never thought a zombie movie would make my list for a break-up cure, but this movie succeeds as a charming comedy with plenty of heart and feel-good moments.

"Warm Bodies" explores the unlikely romance between a lifeless zombie and a beautiful girl.

Despite how silly that premise sounds, "Warm Bodies" succeeds in gifting you with the warm, nostalgic feeling of being young and in love.

In particular, I liked film critic Bill Gibron's review of the movie:

It may be no more than a post-modern update on 'Beauty and the Beast,' but in its success we can see a whole new way of turning the walking dead into something beyond the scary.

Ultimately, "Warm Bodies" is as unconventional as break-up cures get, but it succeeds in providing a heart-warming escape from the often gloomy reality of a breakup.

While "Wanted" doesn't necessarily explore anything romantic, it provides an underrated tool to getting over a break up: adrenaline.

"Wanted" boasts some of my favorite adrenaline-pounding moments from any movie, and it succeeds in transforming James McAvoy's character from a proverbial underdog to a respected action hero.

"Wanted" inspired me to get off my ass, hit the punching bag, let some primal rage out and remember what it feels like to be the hardest — not the saddest — worker in the gym.

It's expected among my friends to quote movies like "Anchorman"or "Superbad," but I'm always thrilled when I come across someone who catches my subtle references to "The Other Guys."

Not only is "The Other Guys" an awfully underappreciated comedy, but it provides hilarious moments from women who are inexplicably attracted to the nerdy character played by Will Ferrell.

Not to mention, there's a desperate, entertaining attempt by Mark Wahlberg's character to win his ex-girlfriend back.

In the end, "The Other Guys" is a not a love story, but a buddy cop movie packed with ridiculous laughs that are sure to take anyone's mind off his or her relationship woes.

"Midnight in Paris" is a more recent gem by Woody Allen and one of my personal favorites.

Its charm, wit and nostalgic feel will make you fall in love with Paris as you are swept off your feet by Marion Cotillard.

In the past, I've noticed that some women tend to not like this movie potentially due to the focus on Marion, but "Midnight in Paris" is basically a PG "50 Shades of Grey."

It's for the hidden romantics in all men.

"The Shawshank Redemption" is a harrowing, profound movie about a man sent to prison after catching his wife cheating and being wrongfully convicted for her murder.

This movie may seem out of place, but we Millennials tend to be dramatic when it comes to love.

A movie like "The Shawshank Redemption" helps remind you how minuscule your problems really are.

Not to mention, it is a journey that will leave you in appreciative tears.

8. "The Perks of Being a Wallflower"

"The Perks of Being a Wallflower" is truly an emotionally stirring film.

When I first watched "Perks," I had graduated from high school six years prior, and it immediately thrusted me back to the intensity of those years.

Being an adolescent is a confusing, hormone-propelled experience, and "Perks" captures that struggle with such a raw beauty that you're simply reduced to tears.

Those tears will be a welcome break from your relationship woes.

"50/50" is an unbelievable feel-good movie about a difficult subject: cancer.

After I watched "50/50," I lied in bed with that "pins and needles" feeling reverberating throughout my entire body.

"50/50" is the closest thing you'll get to natural MDMA (not that I would know anything about that), and it happens to be the third movie on this list directed by Jonathan Levine, alongside "Warm Bodies" and "The Wackness."

Truly, he is the master of feel-good movies, and "50/50" in particular will leave you feeling nothing less than excited for the possibilities that lie ahead of you.

This was a last-minute addition to this list, but "Inside Out" packs a similar emotional punch to "The Shawshank Redemption," but on a far lighter scale.

"Inside Out" is a gem among the Pixar family, and although it is not relationship-focused, this movie offers profound lessons on the nature of growing up, life and the value of sadness.

Among this list, "Inside Out" may serve as the best cure for not only your relationship, but also your life woes.

In the end, a quote from a guilty pleasure movie of mine,"The Hitchhiker's Guide to the Galaxy," sums up love best.

Avoid, if at all possible.

However, if you find yourself unable to heed that wise advice, then perhaps these unconventional movies might aid your heartbreak and help you move on from your past relationships.