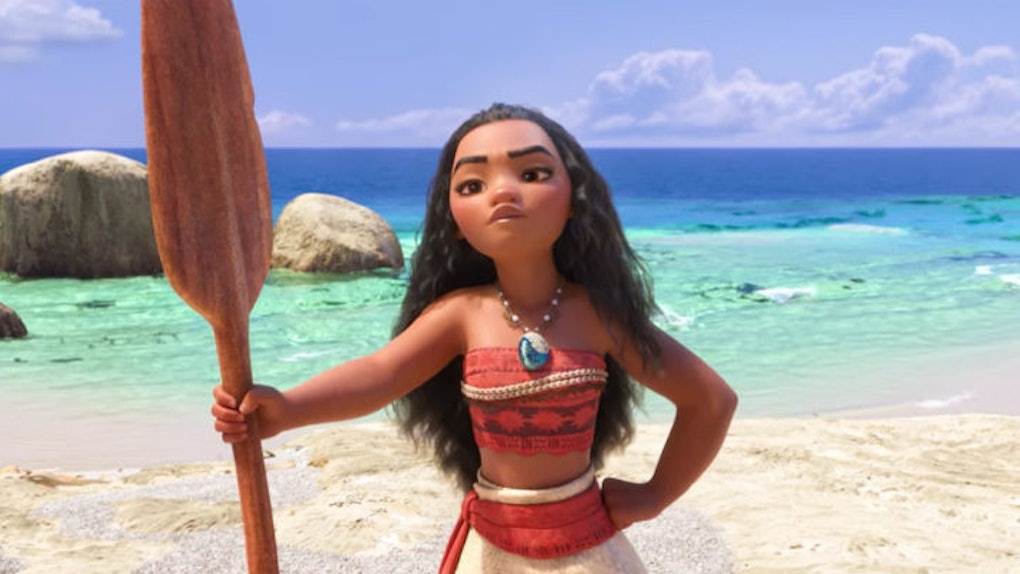 First of all, we should get over the pronunciation thing. You may think Italy is being a bit of a prude here, and maybe Italians are just insulted because it sounds a lot like "Moan," like it does in the name "Mona."

But "Moana" is actually pronounced "Moe-ana" with three syllables. So, what's the issue, Italy?

Because of this coincidence, "Moana" will go by "Oceania" in Italy instead.

We never change our animated features because of our kinks.

Moana Pozzi, the pornographic actress, passed away in 1994 and had over 100 adult films to her name. She also ran for mayor of Rome, after she co-founded the now-dissolved political party, the Love Party.

You would think Disney would get behind the "Love Party," except the fact that the political organization wanted to legalize brothels and provide better sex educations to youths.

This, now that I'm thinking about it, is not a bad idea...

Here's Moana voting for herself!

Disney told Vulture that they changed the title of the film from "Moana" to "Oceania" for a "variety of reasons."