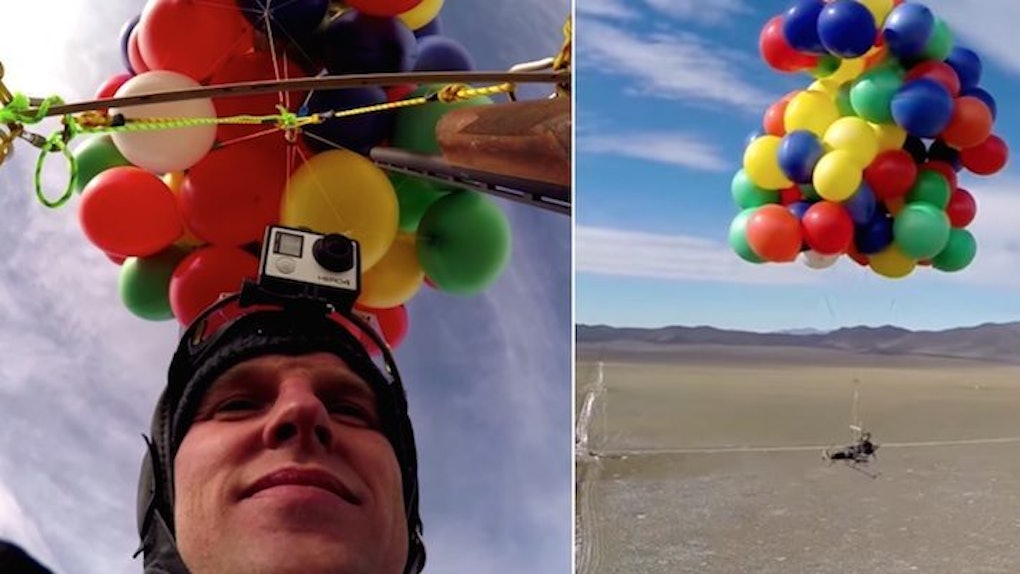 If you've seen Pixar's "Up," chances are you've dreamt of attaching a bunch of balloons to a house and flying away to some distant land.

Boria filled 110 balloons with helium and attached them to a lawn chair.

The 26-year-old was lifted into the sky over the Canadian city of Calgary in an attempt to promote his cleaning products company.

It was incredible. It was the most surreal experience you can ever imagine.

His goal was to parachute his way to the Calgary Stampede, an annual rodeo festival.

However, he missed his mark and landed in an industrial field.

For his trouble, Boria was charged with mischief. And though the police might not approve, I certainly do.

Here is Boria taking off.

And here he is soaring through the sky and landing.