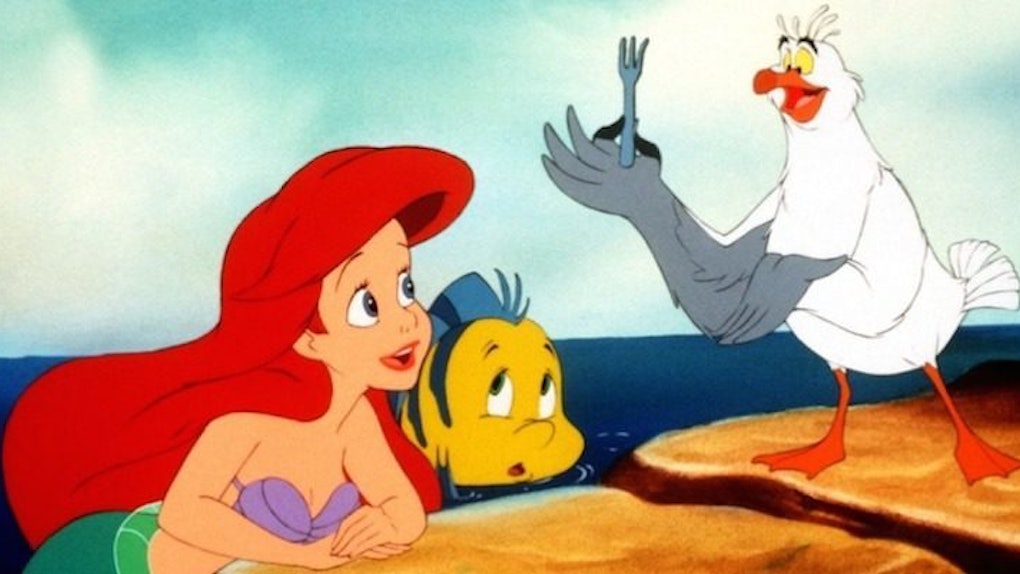 "The Little Mermaid" is widely considered to be one of the better animated Disney films.

But, there's a massive plot hole that came to light, and it might threaten the film's status as a great movie.

On Facebook, a fan named Mary Falls detailed her take on one bewildering issue within the flick. Basically, it boils down to Ariel's literacy.

Well I found myself thinking, Ariel could have saved herself a lot of trouble if she had just learned to read and write. She could just scrawl out an explanation of her situation for Prince Eric like, 'Hey Blue Eyes, I saved your life and then you fell in love with my voice, which I could probably get back if you just used your love to try to suck it out of my throat through my mouth here,' but like nicer and in princess language. Then they could go ahead and seal the deal. But then I figured, if she was the daughter of a king, she probably could read and write. She probably had the finest underwater education available, especially since she was the star of the under sea orchestral extravaganza, which had absolutely no room for scrubs. Then it occurred to me, duh - they can't write underwater without those special pens, and they'd have to be able to walk to The Sharper Image to get those. But I'll be damned, she signed that contract with Ursula.

Ariel is shown writing when she signs the contract with Ursula early on in the film.

Thus, there really is no good reason why Ariel couldn't write while on land and explain her situation to her suitor.

Ariel is even able to write in perfect cursive. This one just doesn't make a whole lot of sense.

Falls went on to write,

So, Ariel is completely flipping literate and, in point of fact, has excellent penmanship! I had to give her the benefit of the doubt and think, well maybe she didn't want to explain herself cause she was trying to be a cool water fish about the whole deal and take her game to the next level. Except she tried to explain herself on the beach while dressed in a sail and miming like an adorable lunatic. Crushingly, Ariel absolutely could've closed from moment one and happens to be a moron.

Essentially, the whole plot of the movie could have been skipped if Ariel just wrote Eric a note. For obvious reasons, that doesn't occur.

The writers and producers needed a movie. However, one would think they would find some elegant way around this issue. But, of course, that never happened.

Why did they ever need to show Ariel writing in the first place? The world may never know...

Citations: Theres One Big Plot Hole In The Little Mermaid That Would Have Changed Everything (Huffington Post)