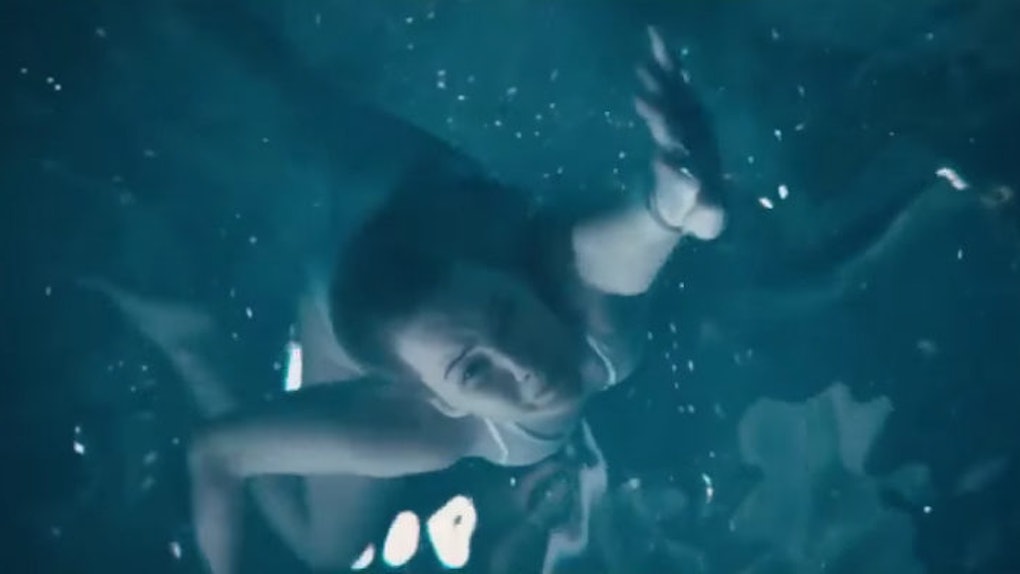 Well, I didn't realize I had a very specific phobia until I watched that clip from "Passengers."

"What could go wrong?" I asked myself. "You love Jennifer Lawrence," I reassured myself.

How ignorant I was.

Now, I am having a panic attack about the mere thought of swimming in outer space, just incase gravity falls me -- despite the fact that no one in their right mind would send someone as anxious as me up into space.

I'm sure the filmmakers included this scene as a bit of fanservice or maybe, somehow, Jennifer Lawrence in a bikini actually does drive the plot.

They were probably not intentionally attempting to give me a PANIC ATTACK.

Everyone else in the world holds their breath to see if they could survive when things like this happen in movies, right?

Guess what? I would die. I am weak and not fit for space.

The movie centers around Lawrence and co-star Chris Pratt's characters being woken up 90 years too early on a spacecraft transporting thousands of people to a new colony.

If I had to wake up 90 years before my due date, I'd love to spend it with either Lawrence or Pratt.

Last week the two stars appeared on "The Ellen DeGeneres Show," where Lawrence gushed about the leading man, saying,

He's much, much nicer than me. He's like a hard worker, he has a good attitude, he's very positive. I'm just like, 'When are we leaving?' And he had to do basically everything because I suffer from paranoia mixed with delusions. So I thought that if I were in a harness, I would never be able to bear children. So he took care of all the harness work. He did all of it.

Lawrence even talked about Pratt's wife, the ever delightful Anna Faris, and their 4-year-old son Jack.

Oh my god, they're so cute. And his son is a genius, and Anna is nice and hilarious. And they're like in love, they look like a Nicholas Sparks novel. You know when you see people who are so happy, it just makes you miserable.

"Passengers" will be in theaters on December 21.

Citations: Jennifer Lawrence Fighting Gravity While Wearing A Bikini Is A Lesson In How You Sell Movie Tickets (Brobible)