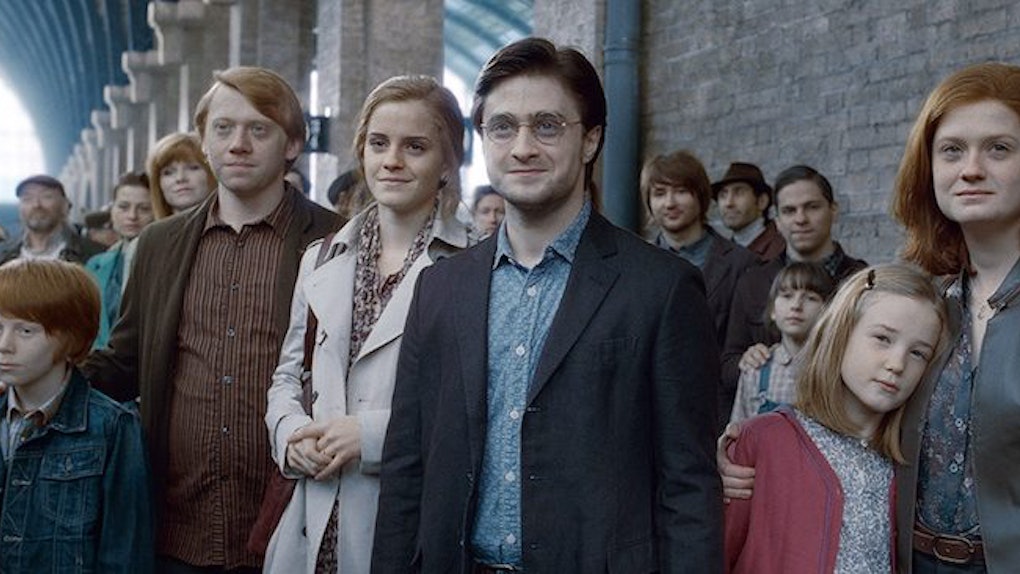 How Old Is Harry Potter In 2017? Get Your Butterbeer & Let's Celebrate

On July 31, 1980, the boy who lived, the chosen one, the savior of the wizarding world was born. That means Harry Potter would 37 in 2017, on this day. (It should also be noted that Harry shares a birthday with his creator, J.K. Rowling, who turns 52 today.) I know, I know. If Harry Potter is 37, I guess that means we're all adults now or something terrible like that. But don't forget that the Harry Potter universe technically takes place in the past. Though the seventh book came out July 2007, the final battle at Hogwarts took place in 1998. And, if you're good at mental math, or if you're a huge nerd like me who wrote it down in Google Calendar ten years ago, that means the Deathly Hallows epilogue, "19 Years Later," takes place in 2017.

Harry Potter is 37 when he sends young Albus Severus Potter on his very first Hogwarts Express ride — which will happen almost exactly a month from now. By now, young 11-year-old Albus will have received his Hogwarts letter. James Sirius, who is two years older than his brother, is gearing up for his third year at Hogwarts. And Harry's youngest, Lily Luna, is 9, still two years away from her first year.

What did Harry do to celebrate his 37th birthday, I wonder? Did the Weasleys throw him a big party? Did his kids bake him a really lopsided cake? Did Hermione buy him more books? I need answers, Jo, I need answers stat.

Of course, the next big date for the Harry Potter fandom is fast approaching — Sept. 1, 2017, the day the epilog takes place in King's Cross railway station in London. There's already a huge fan meet up planned for the day in the train station that day, so if anyone wants to buy me a plane ticket to London, let me know.

In the meantime, I will cry over my son Harry, who once sacrificed himself to save the world when he was just 17. And he here is alive today, at the age of 37... well, alive in my mind anyhow.

Happy birthday, Harry Potter, and a very happy birthday to queen Jo, for making this all feel so real!