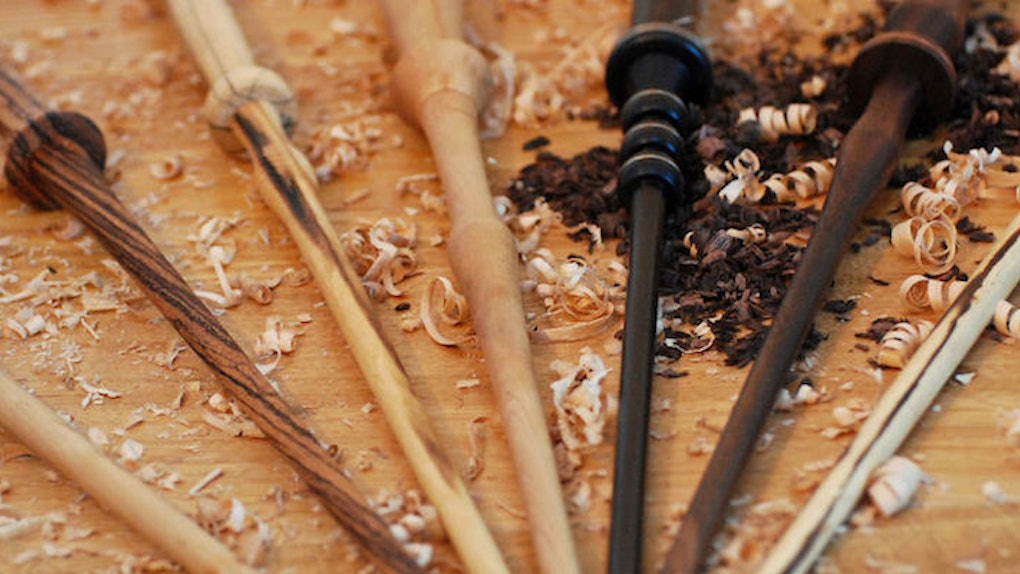 If you're looking for gifts for "Harry Potter" fans, look no further because I'm a bonafide "HP" fan here to tell you these handmade wands are FREAKIN' AMAZING!

You will 100 percent be worshiped for life if you get any "Potter" fan one of these gorgeous, custom-made wands.

Wait, let me guess what you're going to say:

But any real "Harry Potter" fan already has, like, six wands!

OK, fair, but these wands are so much better.

These wands are better than replicas of Hermione's or Voldemorts.

These wands are even better than the well-meaning but flimsy carved pieces of wood you can buy from independent artists — which inevitably get snapped in half at a midnight screening.

No, these wands are so legit, they actually have CORES!

And the best part of all? Since they are custom-made, this wand will be fully and truly yours. There will be no one else in the world with that wand.

In other words, this is as close as any of us Muggles is going to get to having the wand choose us in Ollivander's shop.

All the wands are made by Oliver (so close to Ollivander!) Daniel and his sister in Cambridge, England.

As Oliver explains in a blog post, this whole thing in 2014 started because he couldn't find a proper wand to buy his sister, Meredith, as a gift. (AKA no wands made with real wood with a core.)

So, apparently being the best brother in the entire universe, he decided to make her one himself.

Now the siblings have their own company called Daniel & Daniel where they make all kinds of wands and other magical products, both pre-made and custom on commission.

Obviously, a lot of work goes into hand making a wand with its own core, so even the pre-made ones don't run cheap.

The pre-made wands run from $84 to $110 (or £67 to £87), with your choice of walnut, hornbeam, zabrano or leadwod wands with a feather, flower or white horse hair care (sadly, no unicorns, but close enough).

That kind of makes me not want to think about how much the customs might be.

Still, it would definitely be worth it.

I mean, look how beautiful.

Each and every one are meticulously hand-carved.

The cores are absolutely breathtaking.

And the cores are detachable, so you can get several.

Yeah, I'd say this level of craftsmanship is definitely worth 100 bucks.

It's basically the best gift you could possibly get a "Potter" fan.

So uh, hey family and friends whom I pointedly linked my own article to: Help a witch out, eh?

Citations: I Couldn't Find A Real Harry Potter Magic Wand, So I Made One Myself (BoredPanda)