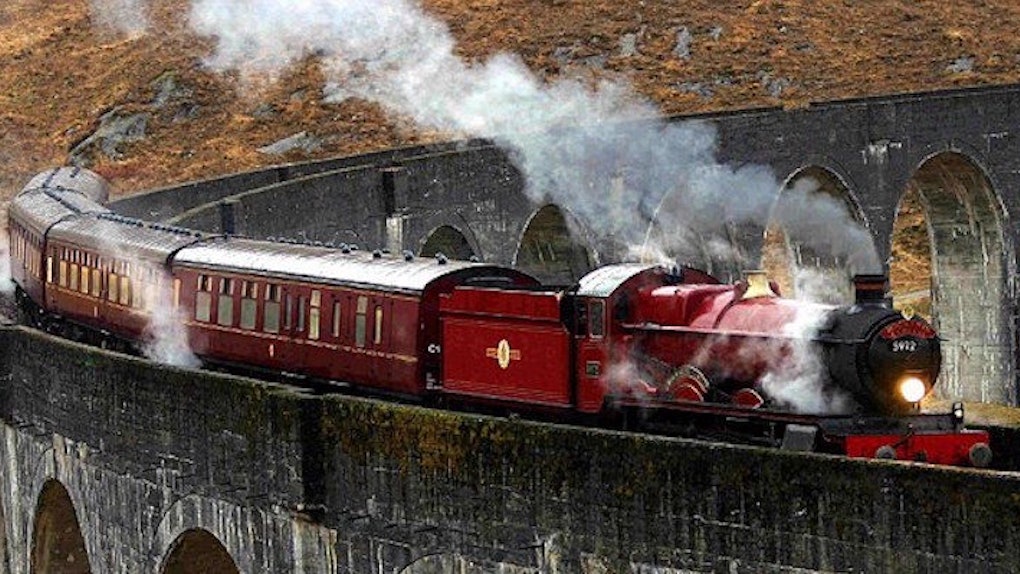 You Can Ride The Hogwarts Express At This 'Harry Potter' Festival

This is not a drill: There is a real-life Hogwarts Express and you can totally take a ride on it.

Let me repeat: THE HOGWARTS EXPRESS IS REAL, PEOPLE!

It's all thanks this "Harry Potter" festival in Chestnut Hill, Philadelphia, which takes place October 21 -22.

It's hosted by Chestnut Hill College, but don't worry, you don't need to be a student to attend Hogwarts this time — the festival is open to everyone. (Bonus: This college campus totally looks like Hogwarts.)

This weekend of wizardly fun is in its fifth year, and it sounds like this year is going to be the best one yet.

According to Uwishunu.com, for the first time ever, the town is shutting it's major streets to totally transform into a ten-block "Harry Potter" street fair — sounds like Hogsmeade to me.

Seriously this festival has everything: a Harry Potter Pub Craw with lots of Butterbeer, a free Knight Bus, a Tri-Wizard maze, real owls, a Sorting Ceremony, a Quidditch tournament... I can't even list all of it!

But the best part? On your way to the festival, you get to ride the Hogwarts Express with Harry, Ron, Hermione and Dumbledore.

Every year for the festival the SEPTA Chesnut Hill West regional rail line becomes the Hogwarts Express, complete with Harry Potter, Hermione, Ron and Dumbledore look-alikes to greet guests onboard.

Tickets for the Harry Potter Pub Crawl will go on sale at 10 am on Wednesday, September 28, and it sounds like they usually sell out pretty quickly.

Part of the festival is the Harry Potter Conference, which you can register for now online for just $10.

And it sounds like the street fair itself is free! So, who wants to take a road trip to Philadelphia with me?