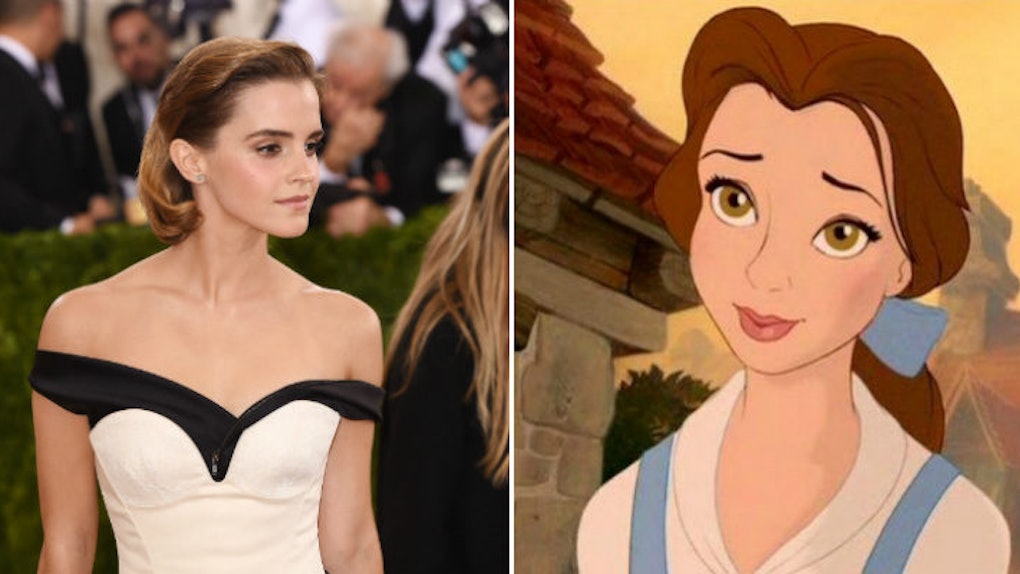 Emma Watson's 'Beauty And The Beast' Has 3 New Songs

Everyone can't stop talking about Disney's live-action "Beauty and the Beast" starring Emma Watson and, apparently, a too ugly version of the Beast.

As a kid, I loved "Beauty and the Beast" so much that I constantly sang the Celine Dion hit and told people I was Angela Lansbury.

What child chose Mrs. Potts as the one they identify most with?

According to Entertainment Weekly, there will be three new songs (which are sure to be iconic) in the live-action version.

But fear not, old fans. All the original songs from the animated feature will also be in the movie!

The new songs written by composer Alan Menken and lyricist Tim Rice are titled "For Evermore," "Our Song Lives On" and "Days In The Sun."

'Our Song Lives On' [is first sung by] Belle's father [played by Kevin Kline] singing as he's completing a music box, and basically it's [about], 'How does a moment live forever? How do you hang on to precious moments?'

Then, it's reprised by Belle, and then it's the song that's actually over the end credits at the end of the movie.

"For Evermore" will be sung by the Beast, played by Dan Stevens, while he's trying to decide if he should release Belle from his castle.

"Days In The Sun" will be sung by the people who have been turned into furniture, cutlery and plates, along with Belle. They will recount their happy lives before they were trapped in the enchanted castle.

Also, it's like pretty messed up that everyone was cursed just because the Beast was a jerk to some enchantress.

Like, if my boss was a jerk to some witch, and I had to spend years as a teapot, I would quit.

Then again, they obviously dig their jobs. In "Be Our Guest" they literally sing, "We only live to serve." This is... pretty depressing.