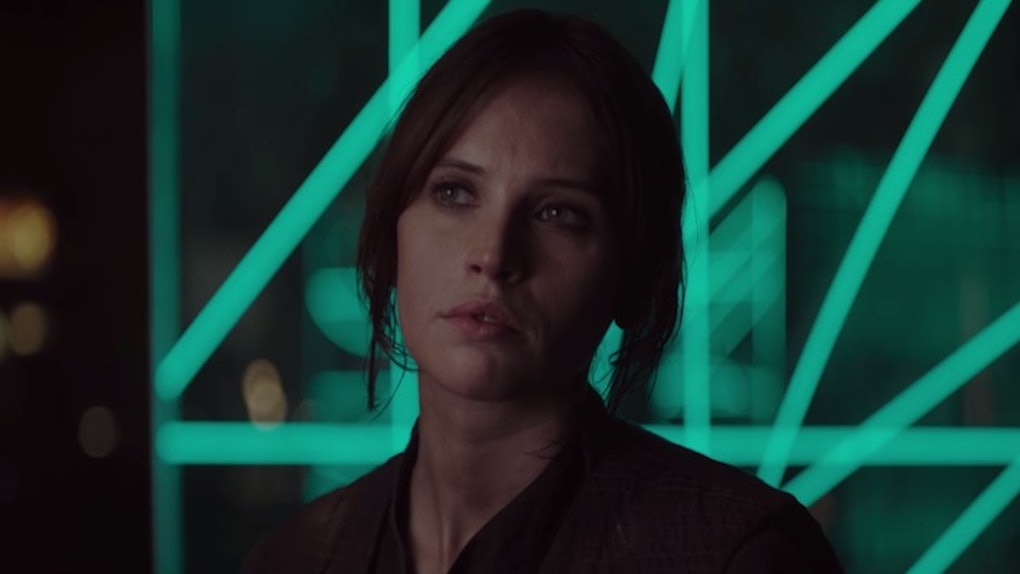 Now that Disney owns all things happening a long time ago in a galaxy far, far away, we're going to be getting a buttload of new "Star Wars" movies. Consider yourself blessed to be living in such an amazing time. The world is a bright horizon and you are a chosen recipient of its glory.

Last night during the Olympics, the wizards at Disney decided to gift us all with a new “Rouge One: A Star Wars Story” trailer in anticipation of the movie's December release.

"Rogue One," which is the second installment in the universe reboot after last year's “The Force Awakens,” stars Felicity Jones and chronicles the rebellion's attempt to steal blueprints for the Empire's Death Sta.... OMG! DARTH VADER IS IN THIS BITCH! JAMES EARL JONES IS BACK IN A DARTH VADER SUIT AND HE'S DOIN' EVIL SHIT IN THIS FILM! ALL IS CORRECT AGAIN IN THE WORLD!