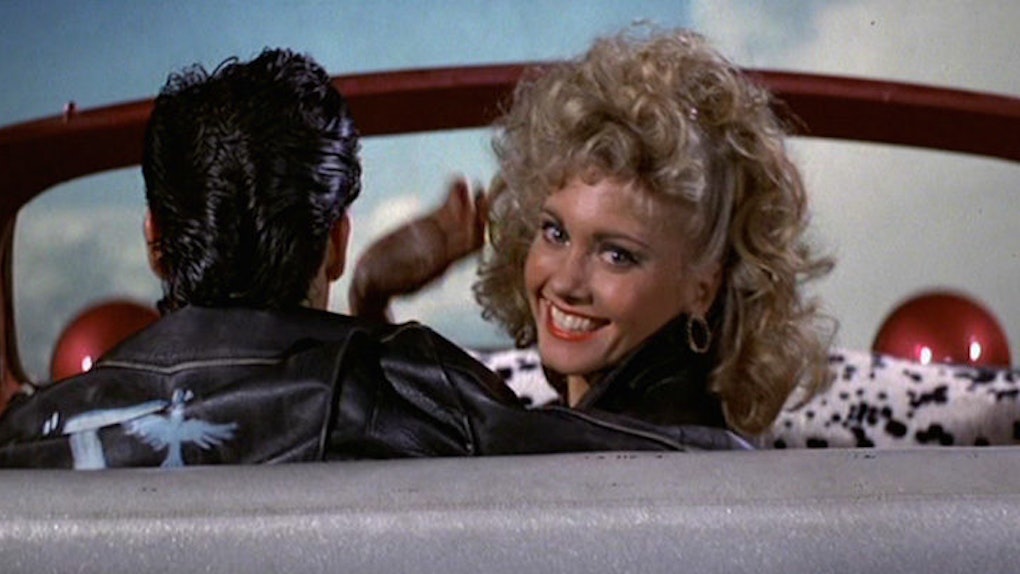 Sandy From 'Grease' Was Dead The Entire Time, According To Creepy New Theory

The flying car at the end of “Grease” has always defied logic, but people are taking it WAY TOO FAR with these ghost theories.

Still, autumn is upon us and, in the name of all things spooky and romantic, let's dive right in to Reddit's labyrinth of dead doo-wop musical characters.

A theory shared by Redditor atomicbolt suggests, “The entire movie was a drowning woman's coma fantasy.”

This particular lens views the flying red convertible, Sandy and Danny meeting on the beach and Danny's “Summer Nights” confession -- “she nearly drowned” -- as evidence of an opening-scene beach death.

Sandy actually did drown on the beach that day. As she drowned, her brain deprived of oxygen, she had a vivid coma fantasy involving her summer fling with Danny, where they shared a magical year of high school together. The vision get increasingly outlandish as time passes, until finally, as Danny desperately tries to resuscitate her on the beach, she sees herself flying into Heaven in her dying moments.

1. Sandy killed herself. 2. “Grease 2” is a figment of Michelle Pfeiffer's imagination. 3. Someone spiked the drinks at the Rydell High carnival. 4. Fan theories are dumb. 5. Fuck you.

Who's to say where the truth lies? My vote is split between theories four and five.