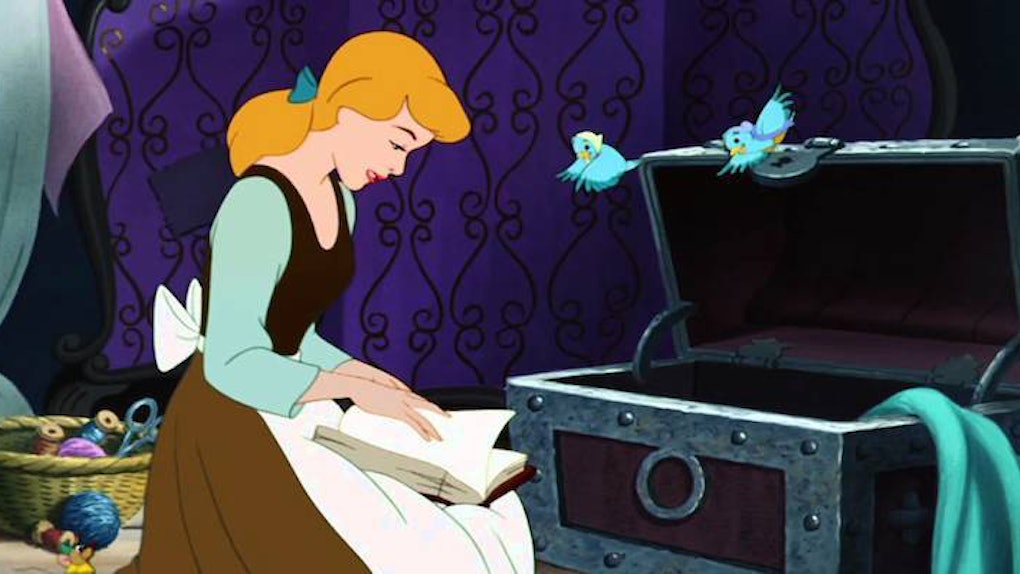 Why Cinderella Is The Best Original Disney Princess

In honor of another Disney revamp with the release of the new, live-action "Cinderella" hitting theaters this week, I'm breaking down why Cinderella is the best original Disney princess.

Everyone has a favorite, whether or not they admit it openly, but the initial castle dweller takes the crown, from the broom sweep to the coronation.

The tale's meaning is rooted in history.

Disney's adaptation of "Cinderella" is based on "Cendrillon" by Charles Perrault. While it has been translated into a variety of languages, the main theme of the story is unjust oppression.

While the protagonist is privileged, she has to learn to work through the oppression she experiences with the new authority in her life.

Women have, historically, been bound to oppressive situations by society and having little to no financial freedoms. This European folklore is meant to give solace to the reader.

Just as movies have been catered to giving people an escape from real life, this literature was originally crafted to give proletariat citizens hope for a better life.

This princess doesn't spend her whole story getting waited on, hand and foot, by servants or singing dish ware.

In historical terms, she would've been Rosie the Riveter of her medieval time. There was no man in sight in the household and she still got work done.

Cinderella's home life experience is almost unheard of for the historical time it was originally set in.

An aristocrat's children were often married off to other nobles for financial gain and status. However, she is lowered to a peasant's status with the lifestyle she is held to by her stepmother.

Essentially, her struggle becomes her strength because she uses her experience to learn how others have lived their entire lives.

This princess has social perspective.

Cinderella was looking for a night out.

Cinderella is relatable to modern ladies in the way that all she asked for was a chance to go out for the night and blow off some steam.

It only takes a simple scroll through Instagram on a Friday night to know that women who have their own lives just want to unwind at the end of the week.

If they happen to meet Prince Charming, that's great, but they're there to find a good time, not a lifetime.

Her wardrobe was banging.

While a fairy godmother isn't going to come bless the rest of us with the perfect party dress and makeover, every woman can appreciate Cinderella's princess transformation.

No one is made to work 24/7, and Cinderella knew it was time to treat herself. Besides the beauty that was her transformation, that moment was one of Walt Disney's favorite in animation at Disney.

The magic of a beautiful dress does not go unnoticed.

Friends are the biggest resource we have in life.

Name one girl who grew up on the Disney princess movies who didn't dream of having animal friends, and I'll call you a liar.

Cinderella's animal friends were prime because they were with her every step of the way. The fairy godmother was like your connected best friend who helps you out just because she can.

The moral of her friend base is, no one can do it alone. Regardless of what your goals are, whether long- or short-term, your friends are there to be a balancing point and support system.

Whether you find princesses frivolous or obsess over your favorite one, the tale of Cinderella has real-life appeal. If not, why would this tale still be utilized as a daily metaphor?

Our wishes might not include attending a high-class party or getting an out-of-this-world dress, but everyone can relate to the dream of wanting to get out of their daily situation to experience another side of themselves.

We all want to see what we can become, beyond who we already are.

Cinderella is one of the best original princesses because even though some of the social details are outdated, she represents someone who took the step to pursue a new experience for herself.

She did not set out to latch onto a man or run away from all of her problems, she just stepped outside of herself to create a new life.