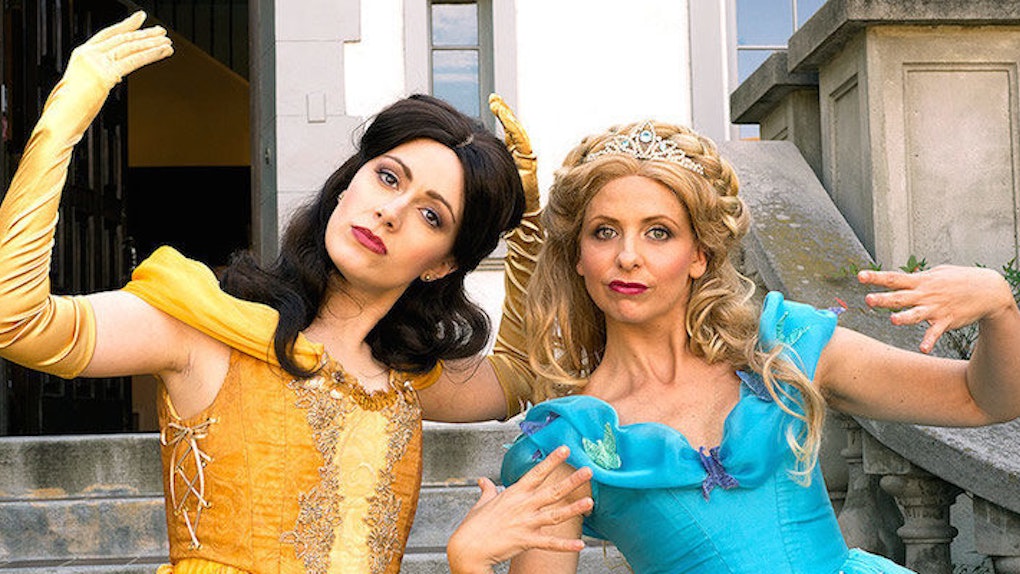 Just in time for the release of Disney's live-action "Cinderella" movie, we have an awesome Disney princess rap battle for you.

This one pits Cinderella against Belle from "Beauty and the Beast."

Cinderella is played by Sarah Michelle Gellar, and Whitney Avalon plays the role of Belle.

Both do one hell of a job when it comes to dropping hot rhymes. It's hard to say who the winner of this battle truly is.

Though, if I had to choose, I'd probably go with Belle here. Her rhymes are just too tight.

Make sure to check out the fairytale battle above.

Citations: Cinderella dishes out plenty of disses with Belle in a princess rap battle (Mashable)