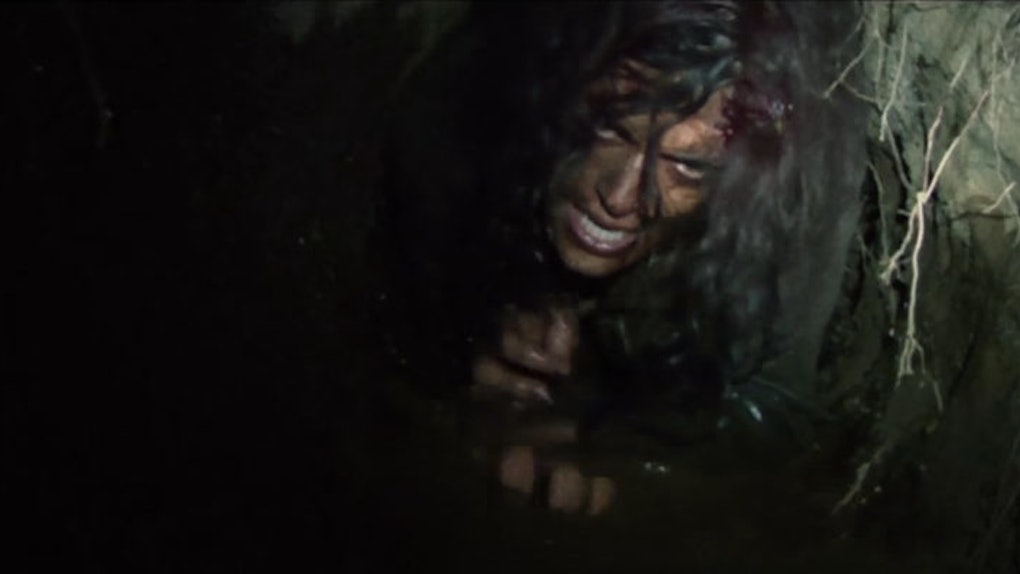 Don't Watch The New 'Blair Witch' Trailer Before You Sleep

I just watched the new trailer for "Blair Witch" at work, and I'm like...

I'M SO AFRAID, SO VERY AFRAID. EXCUSE ME, CO-WORKER, CAN I BORROW A TISSUE?

At first, I was apprehensive about the prospect of a "Blair Witch Project" sequel. The first was already so terrifying in a kitschy sort of way, and its found footage approach changed the horror genre forever.

But after watching this new preview, I am sold (and soiled... but no, I didn't actually soil myself). The new "Blair Witch" is going to be a living, waking nightmare.

The movie will center around some college kids as they explore the Black Hills Forest of Maryland to investigate the disappearance of one of the character's sister who many believe has some sort of connection to the fabled Blair Witch.

No word yet as to whether that connection was made on LinkedIn. Can you imagine endorsing the Blair Witch for Excel? I can... and will.

Of course, the legend of the Blair Witch becomes a reality and then everyone's screaming and running.

The scariest part of the trailer features someone stuck inside a muddy, claustrophobic tunnel. They're basically all of us trying to fit into out jeans after Thanksgiving.

On their journey, the group finds the scariest installation art exhibit.

Suddenly, their tents start flying away. Maybe Eleven from "Stranger Things" is behind this but I doubt it.

This role was meant for Balloon Boy.

WHY WOULD YOU HOP INTO THIS CREEPY TUNNEL, LADY? Oh, that's right. They're shutting down the L train in 2017. OK, this makes sense.

One of the members of the group decides enough is enough and is about break one of the twig figurines (from Mattel).

Oh snap... literally! Because her friend snapped one of those twig dudes, that girl hit the deck. How very voodoo!

Well, I for one will not be sleeping from now until infinity. On a different subject, how old is too old to have a nightlight?