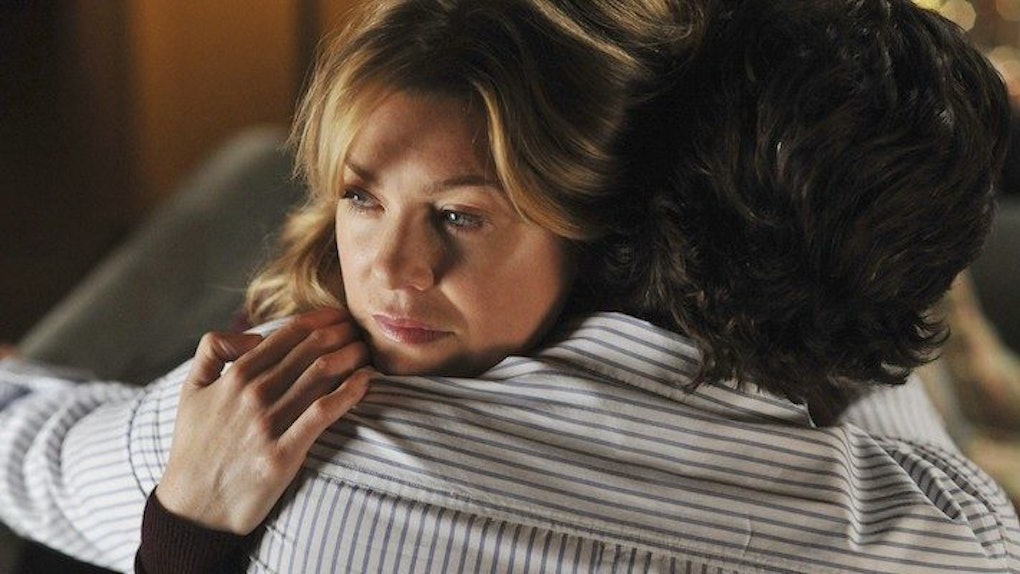 I sometimes think Shonda Rhimes sits in an evil lair: laughing like a hyena, smirking like Scar and petting a very bald cat like Dr. Evil.

As a devoted follower of all three of her series — "Grey's Anatomy," "Scandal" and "How To Get Away With Murder" — I have come to realize that when you're getting ready to watch a series created by Shonda Rhimes, you have to prepare yourself.

1. Grab something you can hit.

It doesn't matter if it's a pillow, your boyfriend, your best friend, your sibling, whatever. Have something to hit because most likely, you will get pissed while watching a Shonda Rhimes series.

For example: When Shonda decided to kill off Little Grey (I'm still not over it), I may have become so infuriated by this decision that I screamed at the top of my lungs and started punching the air. God could've mistaken that as me trying to punch him.

Or someone -- let's say my mother -- could've looked at me like I was having a stroke. Who knows? But I just really needed to hit something at the time, so I'm looking for reasons to persuade you to try this tip.

Live-tweeting comes hand in hand with watching a Shonda Rhimes show, especially in the case of "Scandal." Look at it as a group therapy session, even.

For example: When Mama Pope chewed off her wrists just so she could get free of confinement, the only thing that could've saved me from puking was the fact that, in that moment, I really needed to tweet to my fellow gladiators and say things like “OMG! Lawd! Did you see that sh*t? Mama Pope gone cray cray!"

Yeah. It's a real lifesaver. Also, you never know when Ms. Kerry Washington herself is going to tweet you back.

This is still one of the best moments of my life.

3. Forget the wine. Bring a shot glass and the hardest liquor you can find.

I like to start off with wine during "Scandal," and then bring out the heavy stuff during "How To Get Away With Murder." Those damn pre-law students are the dumbest smart kids I have ever watched on television.

This is also because the moment Annalise framed her hot side piece for the murder of her husband  -- who may have or may not have killed his sorority girl side piece in order to protect the real killers, who are her own students -- I just needed a shot.

Oh, and I also needed one when Viola Davis and Famke Janssen got busy because I wasn't ready.

4. Be prepared to question your own mental state and morals.

Sometimes, when you're diving into Shondaland, you find yourself wanting the gifted doctors of "Grey's Anatomy" to have sex in the on-call room, or have petty arguments in the middle of surgery, thereby risking the lives of the patients on the table.

Sometimes, you root for Huck to be free and torture people because Huck is Huck, and you just want to hug him. Also, even though Daddy Pope is the most evil person in the world, that damn guy is just so likable. Those speeches are so well-delivered.

Sometimes, you root for the affair between the President of the United States and another woman. Sometimes, even though Frank killed an innocent girl, that damn beard and sexy smirk still makes you forgive him.

Even though Annalise is a liar, you still want to root for her because the bad guys win on that show. Also, it's Viola Davis.

So yeah. Be ready to realize just how shameless you really are.

You might cry while you're watching any series created by the amazing Shonda Rhimes. It doesn't matter what it is: another beloved doctor from Grey Sloan Memorial biting the dust or some iconic romantic speech being made to Olivia by the dashing, psychotic Jake or the whiny Fitz.

You might cry. So, do you know what you need? Nope, not tissues.

You need to man the hell up. You need grit to step into Shondaland. It's the only way you can survive.

So yeah. There it is, folks. #TGIT is officially back. I don't know about you, but I'm excited and scared at the same damn time.