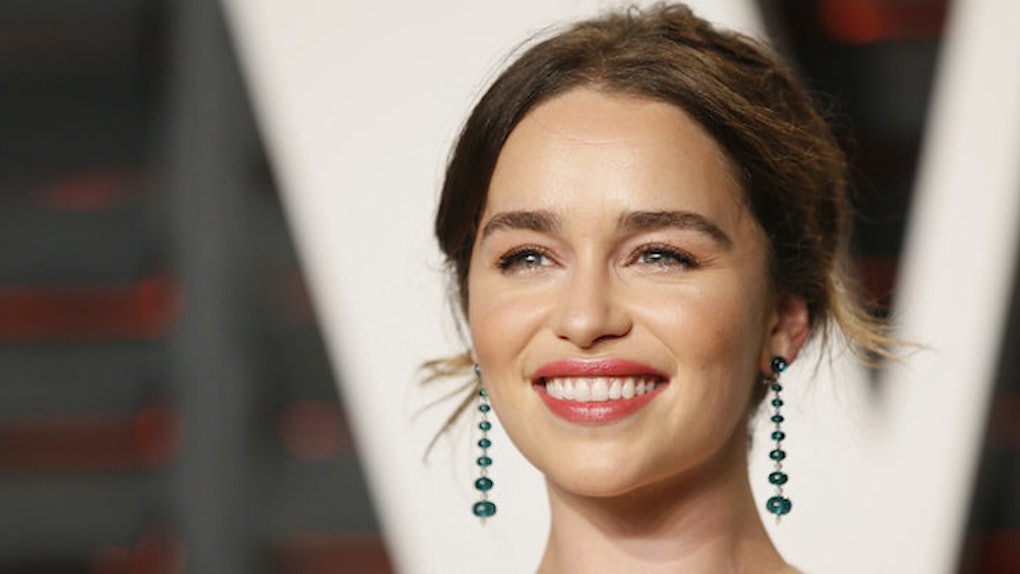 It's not exactly a secret the film and television industry is pretty sexist.

Across the board, women who work in this field are subjected to various forms of inequality, whether it be the gender pay gap or the extremely limited number of opportunities for female directors.

Earlier this week, Emilia Clarke highlighted another form of sexism in this industry while discussing the hit show "Game of Thrones" in which she stars as Daenerys Targaryen.

Clarke appeared on "The Late Late Show with James Corden," and the host asked her how she feels about all of the nudity on the show. Her response was very revealing (no pun intended).

I feel like there's a little bit of inequality between the amount of nudity that happens with women -- this woman in particular -- and what happens with the other guys. I just think that that should be even... Free the P!

The mother of dragons, as Clarke is called on "Game of Thrones," is absolutely right. A study on nudity in "Game of Thrones" found 60 flashes of female breasts on the show so far, while penises were shown just twice, The Guardian reports.

This is yet another example of sexism and inequality in the film and TV industry, and it just goes to show how much more often females are asked to reveal body parts on screen compared to men. If things were truly equal, there wouldn't be such a stark disparity between male and female nudity.

Watch Clarke's full comments about "Game of Thrones" and nudity below.