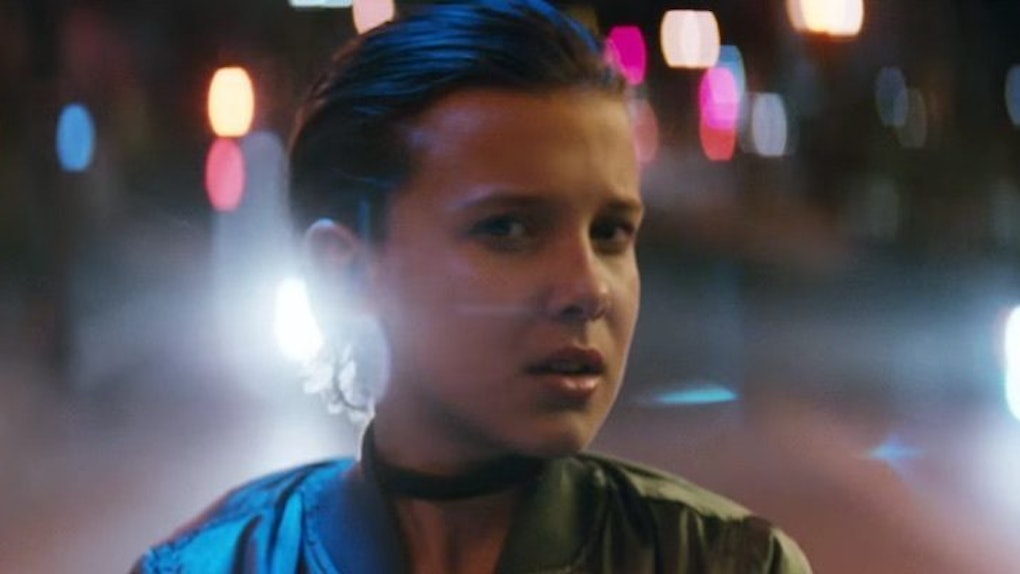 You probably already knew Eleven from "Stranger  Things" was a tiny badass because of the whole killing-grown-men-with-her-mind thing.

But beyond her supernaturally powered character, 12-year-old actress Millie Bobby Brown is awesome in her own right.

I mean, first of all, the girl does photo shoots where she looks like this.

And second of all, now she is starring in the music video for "Find Me" by DJ/producer duo Sigma ft. English singer/songwriter Birdy.

I mean, just look at Eleven go in this video.

Might I repeat: This kid is 12, people. TWELVE. She has only been alive for a decade and two years. She is basically a 6-year-old times two, or a 4-year-old times three.

Let me put this another way.

When Mille Bobby Brown was born, the year was 2004. Bush was elected that year. The number one song was "Yeah!" by Usher. "Mean Girls" came out in theaters.

MILLIE BOBBY BROWN WAS AN INFANT WHEN "MEAN GIRLS" CAME OUT.

I guess all I'm really trying to say is, this girl is 12, and has no right to be this cool.

Like, girl, what are you doing driving around the city so late at night?

When I was 12, I went home and played Neopets at night, but you know, driving around doing some self reflection is cool, too.

Also, how is it possible that a 12-year-old looks THIS fly?

When I was 12, I wore bright green capri sweatpants to school every day for a month. I think my mom might have burned them. But, you know, fashionable chokers and leather jackets are cool, too.

(I was not at all. I was, however, the founder of my middle school's short-lived "Lord of the Rings" fan club. We had costumes.)