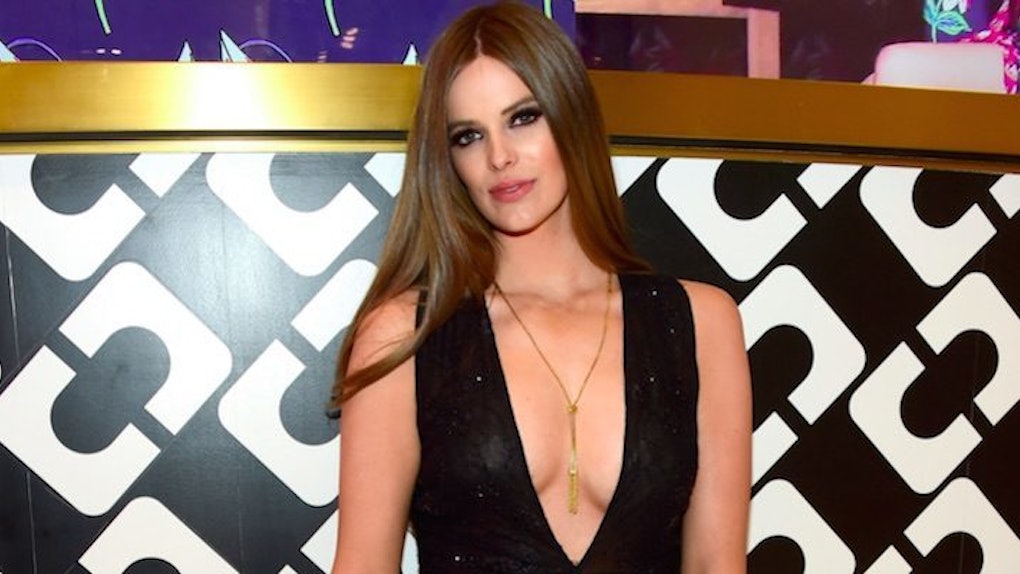 Lawley looks like what happens when an ancient witch casts a spell on a Greek statue, rendering it both sentient and immortal.

While we all can't hope to achieve that level of timeless beauty, there's still the hope Lawley's eating and exercise habits will make us feel our best.

My days tend to be a bit chaotic and then I'll suddenly be back home and have a 180 degree switch in duties -- from going to events and modeling couture to changing diapers and gardening… When I am at home, I cook my own food. I get so tired of hotel food after having to eat it so often when I am on the road traveling for jobs. When I cook I choose good local ingredients and pick from my own vegetable garden.

She starts her days with eggs on toast with chopped red onion, garlic, cherry tomatoes, cilantro and kale she grows herself. Sometimes, she'll add Brie and cook the onion in some French butter, presumably when things aren't feeling European enough.

Lawley also likes some coffee and a smoothie first thing in the morning.

I use frozen banana mixed with either coconut water, milk or nut milk. I also add kale from our garden or baby spinach, then I add frozen strawberries and blend for a tasty green smoothie, which [my daughter] Ripley loves.

When lunch rolls around, the 26-year-old makes her own hearty salads. She explained,

I want as much vegetables, nuts and fruits as I can get in my salads. I typically just use olive oil and balsamic vinegar, but I also love mixing whole grain mustard, olive oil, vinegar and lemon together in a jar to use as salad dressing. Another important tip is to massage the olive oil into the kale to make it more tender and take the stalks out.

Throughout the day, Lawley stays active, taking Ripley on hikes and kickboxing with trainer Jason Zickerman at Box N Burn Santa Monica Boxing Gym. Her trainer, Penny Walsh, will guide her through interval training during stays in Australia.

For dinner, Lawley enjoys cooking up fresh, veggie-rich ratatouille for herself and Ripley.

Since I feed my daughter what I eat I try to make our meals rich in nutrients. I don't separate her food and because of that, she eats anything I give her. My ratatouille consists of two large eggplants, two brown onions, three different colored bell peppers, six to eight medium zucchinis and four large tomatoes… Tomorrow I will either mix the leftovers in with my eggs for breakfast or save it for lunch.

Lawley's diet is the healthiest one I've read about in ages, which probably explains why her skin glows like a firefly's heinie.

One step at a time, let's all kale-massage our way to a better life and cleaner insides, with this life-guide courtesy of Robyn Lawley.