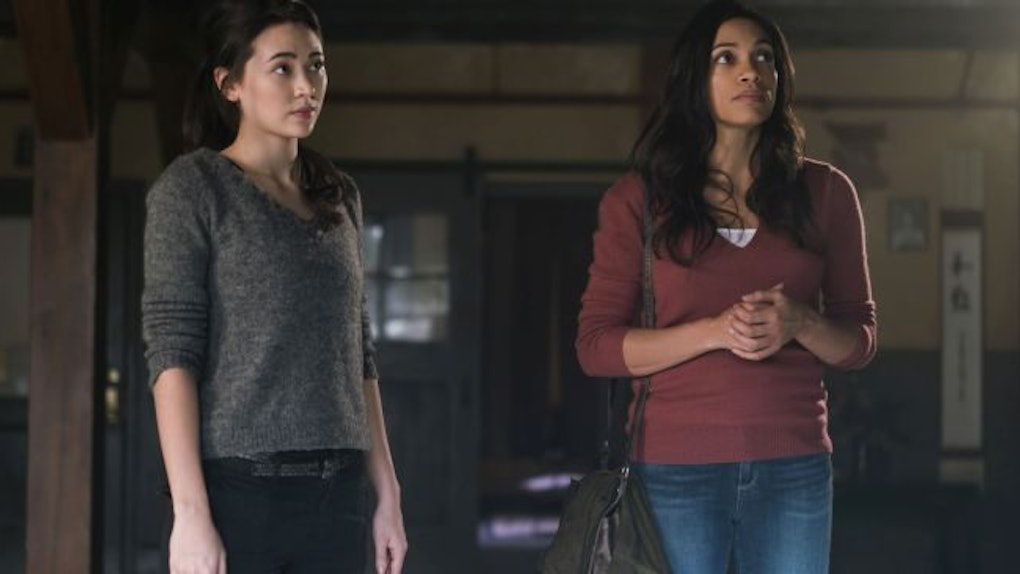 Marvel's The Defenders has rolled out, the first superhero team up for the TV MCU set after the movies have been doing the same for five years. As befitting such a series, the show is littered with easter eggs and callbacks, not only to the shows that came before, but to the movies as well, and even the comic books. While those who might be obsessive about these things will catch them all, not everyone is so lucky. We've rounded up all the Marvel easter eggs in The Defenders Episode 3 that you might have missed.

The big one, of course, is one that we get in every single Marvel property at some point: Stan Lee. The man who created the Marvel-verse, and who has cameo'd in every single movie so far. He hasn't turned up in all the TV shows, so this is an extra special moment. His face is plastered on the Link NYC kiosk that Jessica passes as she's following Matt Murdock. (If you don't know what those are by the way, they're basically 21st century phone booths.)

So where have you seen that image before? Or why *does* that line seem so familiar? Let's run down all the callbacks and Easter eggs tucked away in The Defenders' third episode of this inaugural season.

This sequence, which is basically Daredevil Season 2.5, was one of the highlights of the first four episodes. (By the way, what are the markings on the coffin?) The way her hand comes out is straight out of 1930s horror movies. The fight sequence could have been drawn by Frank Miller. And finally, we have an idea of what a Black Sky is.

Why did Constantinople get the works? That's nobody's business but the Turks. (But I'll bet Alexandra was there.) For those keeping score, the city was renamed in 1453, so that puts Alexandra as at least 600 years old and counting.

Fan service of the best sort, y'all. After all the complaints about the casting of a white guy in the Iron Fist role, not to mention the complaints about his acting, his character, his whiny behavior, Luke did what every fan wanted, and called his punk butt out. It was glorious.

Though perhaps not as glorious as seeing it actually make a difference. Danny Rand, now in the running for Most Improved Character In The MCU.

Good to see them being buddies, but I wonder if Claire is still bothering to go to that dojo now that she has Luke to work her out every night.

Midland Circle Financial Is Back

And it turns out this company is the thread that will bring all our heroes together. Danny Rand is chasing it. So are Murdock and Jones. (Hey, that wouldn't make a bad name for a firm, now that I think about it.) And Luke Cage is just going to follow Danny there. because, hey, why not.

Danny Puts On A Tie And Shoes

The Meachums would be pleased to know they were referenced here. Personally, though the monologue to Alexandra when he arrived in her boardroom still wasn't great, I feel like the character improved enormously once he started dressing better.

Everybody Was Kung Fu Fighting

For the record, they really were, all four of them. Just in case anyone doubts it. Alexandra fled though, so the big bad lives to see another day...