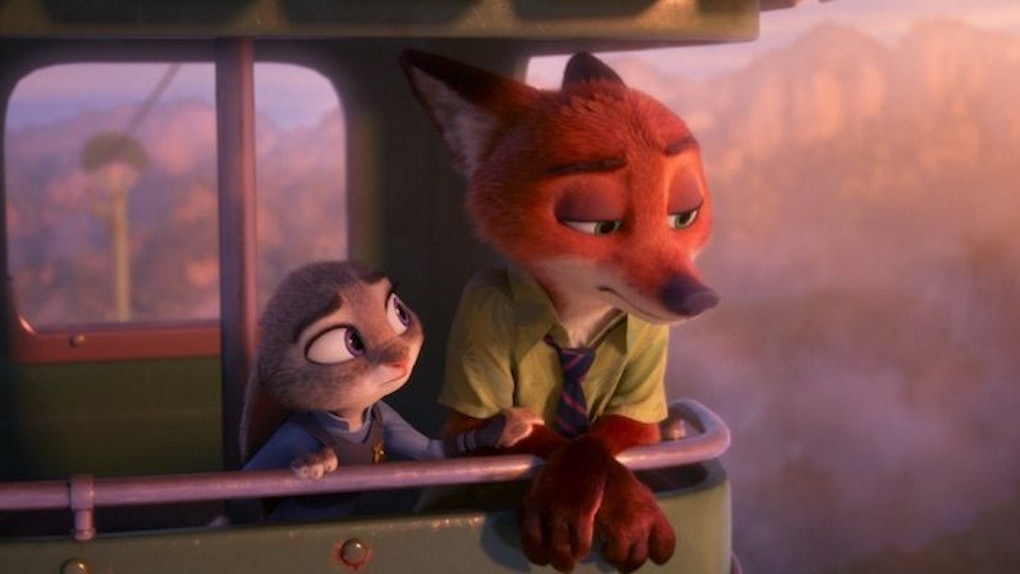 This Deleted Scene From Disney's 'Zootopia' Will Seriously Make You Cry

Shout out to whoever decided to delete this super depressing scene from "Zootopia" because I'm not sure the kids could have handled it.

If you've seen Disney's "Zootopia," you know it deals with some pretty heavy stuff such as prejudice and racism.

If you haven't seen it yet, you really should get on that because it's delightful. For now I'll give you a quick recap.

In case you didn't realize, it's all one big allegory for race in our society.

Anyway, despite the real-world connections, it's still a kids' movie, and the tone stays fairly light and fun throughout the film.

But it almost didn't. A recently surfaced deleted scene reveals the writers almost went a lot darker with "Zootopia."

The animation isn't complete, but with Ginnifer Goodwin as the voice of Judy Hopps and Jason Bateman as the voice of Nick Wilde, the terrible, depressing message stills comes across just fine. https://player.vimeo.com/video/167648053

Judy and Nick get caught at a "taming party" where a young bear receives a collar from his father that gives him electric shocks whenever he gets too excited.

Apparently in an earlier version of the script, predators were only allowed to live in Zootopia if they agreed to wear this oppressive collar.

You can tell how much it pains the papa bear to watch his son enter into this unfair, racist world he's about to live in.

The scene ends with Judy looking over to Nick and seeing his shock collar glow yellow as he suppresses his anger at the injustice.

... Yeah. Pretty dark stuff. I'm not even sure if I could have handled that level of darkness, let alone if kids could.

Good call on deleting that one, Disney.