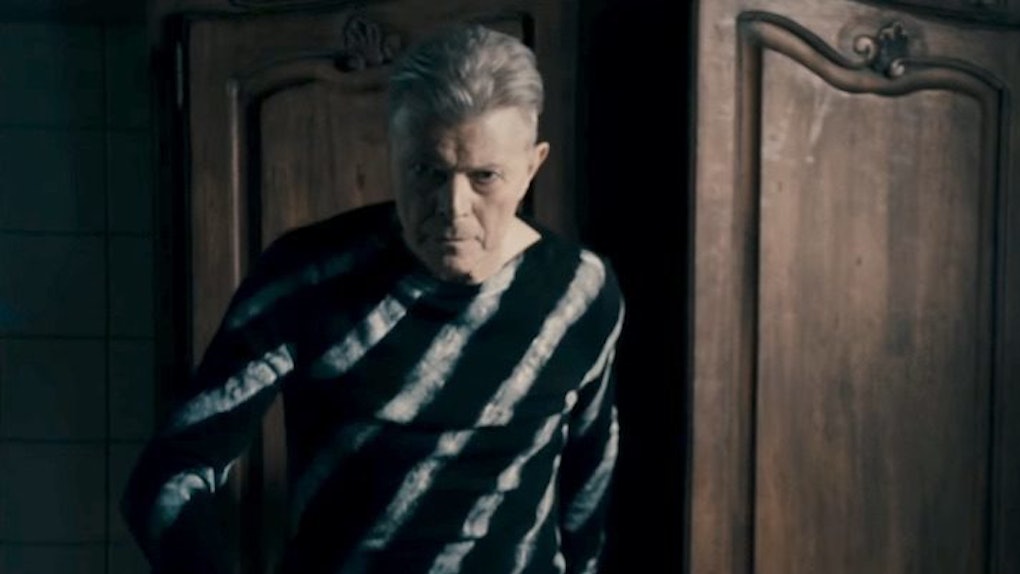 In the wake of David Bowie's death, fans are now claiming one of his last music videos was actually a surreal goodbye letter to the world.

On January 7, David Bowie released the music video for “Lazarus,” a haunting song off of Blackstar featuring Bowie writhing in a hospital bed with bandages and buttons over his eyes.

He is constantly “haunted” by a dark creature during the video who first appears to be reaching for him from under his bed, its bony hands slowly making their way up the side of his sheets as Bowie appears to semi-levitate from under the covers.

The whole time, the video features cuts of a healthier Bowie in striped spandex, dancing and singing into a camera with perfectly coiffed hair and a youthful energetic glow.

At the time of its release, the imagery was viewed as nothing more than classic Bowie symbolism, though now it appears to have maybe had a deeper, heartbreaking message from the music legend who died Sunday.

Could this video have been a sort of swan song for the pop icon? A goodbye letter to his fans, knowing full well this was his last video to the world?

What really drive this theory home is Bowie chose to make this video for the song "Lazarus," which includes lyrics like:

This way or no way/ You know I'll be free/ Just like that bluebird/ Now, ain't that just like me?

We will never know if this was his intention or not, so this video will forever live on as a mysterious potential goodbye from Ziggy himself.