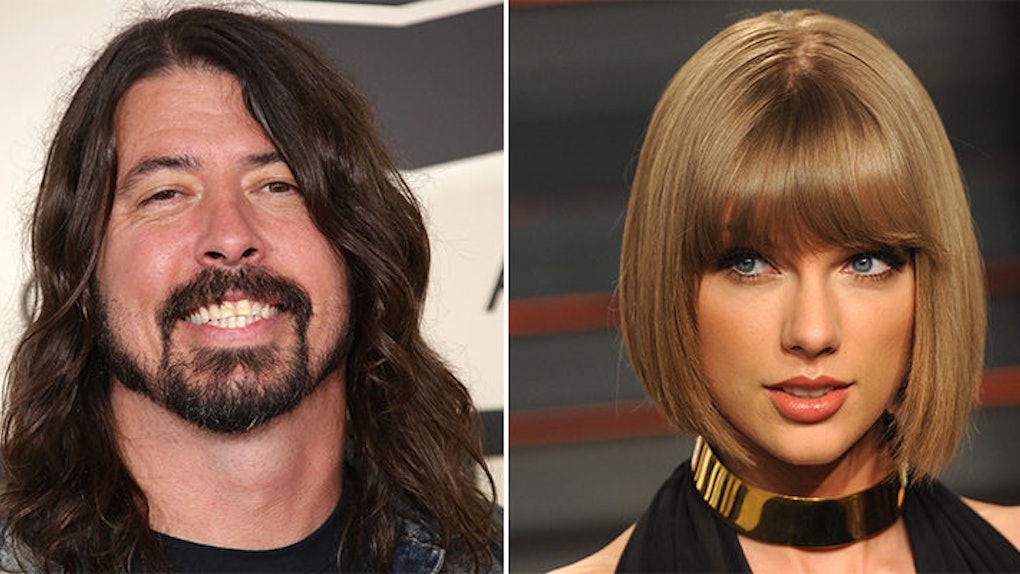 You know when you get so stoned to the point of barely being able to function?

Yeah, we've all been there after a deceivingly potent edible or two, and Dave Grohl is no different.

In a hilarious YouTube video posted by Oliver van Bilsen on Wednesday, Dave Grohl kind-of, sort-of plays the guitar while going on a wild tangent about how he got high and sang a ballad with Taylor Swift. While we all get too high sometimes, that's an experience only 0.0001 percent of us will ever have, which makes the whole story that much more awesome.

Dave Grohl explains how he couldn't remember how to play any of his songs while at one of Paul McCartney's lavish parties -- you know, just any regular Tuesday night.

He was drawing a major stoner blank when the one and only Taylor Swift jumped in to save the day, playing the Foo Fighters song "Best of You" as a piano ballad.

Could this story get any better? I think not. Check out the video above and remember, next time you're too stoned at a Paul McCartney party, T Swift has always got your back.

Citations: Taylor Swift covered for Dave Grohl when he was too high to play for Paul McCartney (Mashable)