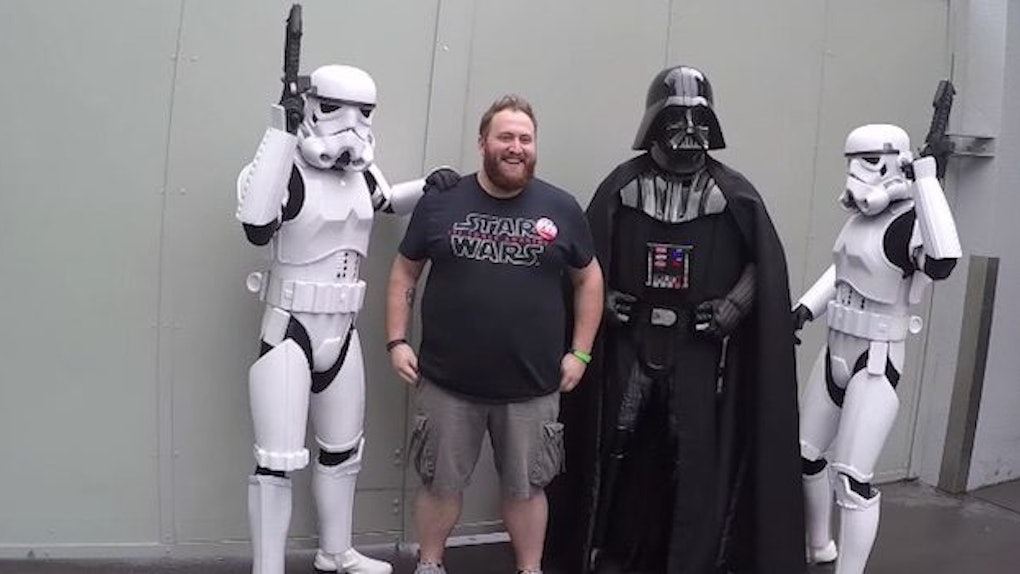 You Are The Father: Darth Vader Helps Surprise Man With Baby Announcement (Video)

It's pretty safe to say "Star Wars" mania is gripping the nation. For one man, his love of Jedi knights and The Force transcends far beyond any movie screen.

He was greeted by a Disney World employee who acknowledged his love for the films and said she had a surprise for him.

But the surprise was just getting started.

After a few pictures, the man's wife passed him a little gift bag. After taking a look inside, he broke down in tears at the site of a "Star Wars" baby onesie.

It looks like there's about to be a new Jedi in the galaxy.