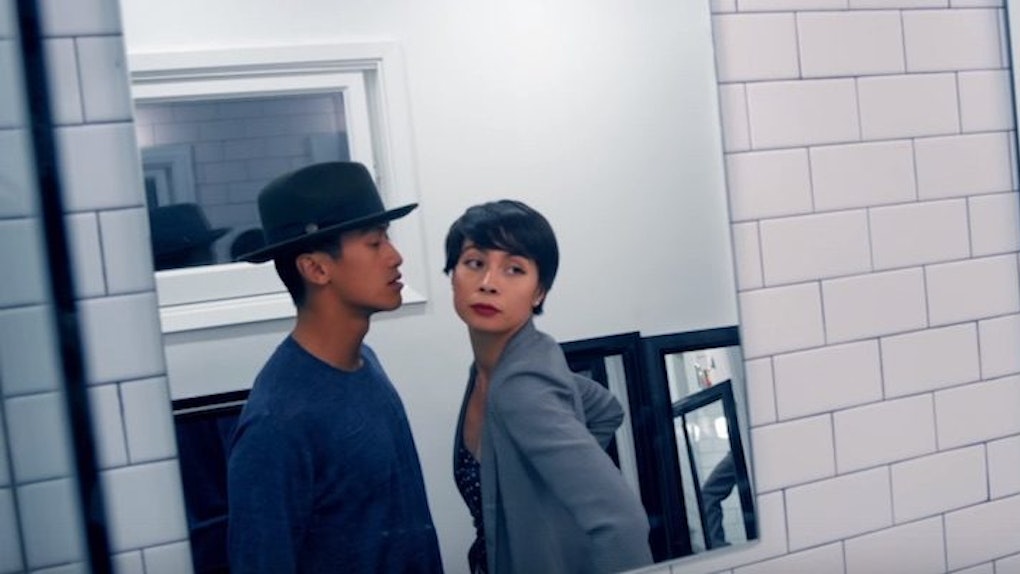 Meet The Dancers In Justin Bieber's 'Love Yourself' Video

Justin Bieber's latest album, Purpose, has only been out for a few days, but, because this is the Biebs we are talking about, it's already a mega-hit.

When Bieber dropped the entire album he also dropped 12 surprise videos to go with it.

A new fan-favorite was crowned with the release of the video for "Love Yourself," a "go f*ck yourself" anthem for the ages.

The video features a couple dance battling throughout their house. The woman, clearly self-centered, doesn't care if her man has his share of the blanket, or breakfast, or even the bathroom mirror.

The song and video are great, but the dancers are fantastic.

Here are the facts.

They are happily married.

Keone and Mari Madrid were married in 2012 after Mari converted from atheism and ended her celibacy.

The pair has appeared on "Ellen."

The duo showed off their dancing skills on the show in 2013.

They are the founders of the social good company Kingdom Made.

Kingdom Made is a for-profit social entrepreneurship where a creative community comes to turn product into purpose. We will use fresh art, clothing, and other products to give back to those in need, embodying the statement that 'Fresh Goods, Do Good.'

Check out all the facts Harper's found on the lovely dance couple here and watch Bieber's music video below.

Citations: WHO IS THE INCREDIBLE DANCING COUPLE IN JUSTIN BIEBER'S "LOVE YOURSELF" MUSIC VIDEO? (Harper's Bazaar)