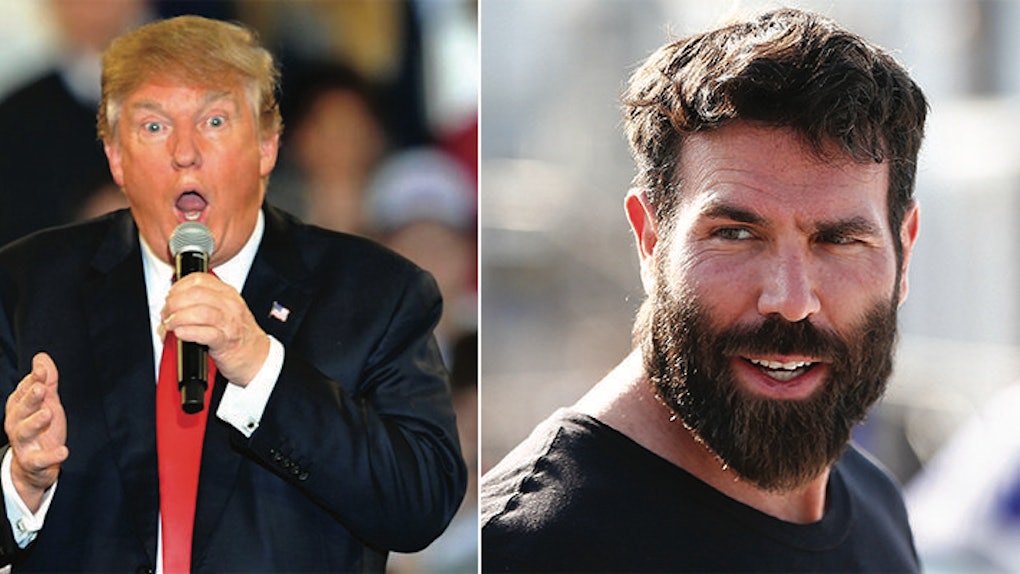 Dan Bilzerian Is Hanging Out With Donald Trump, Because Of Course He Is (Photo)

Think of the two worst people in the entire world. Are you thinking of them? Great. Now imagine those two people sitting in the same room in front of a platter of fruit.

Got that scenario in your brain? Super. Does it look anything like this?

There are soooo many reasons to not vote for Donald this upcoming election; ensuring Dan Bilzerian doesn't become vice president is not the number one reason, but it's for sure somewhere high on that list.