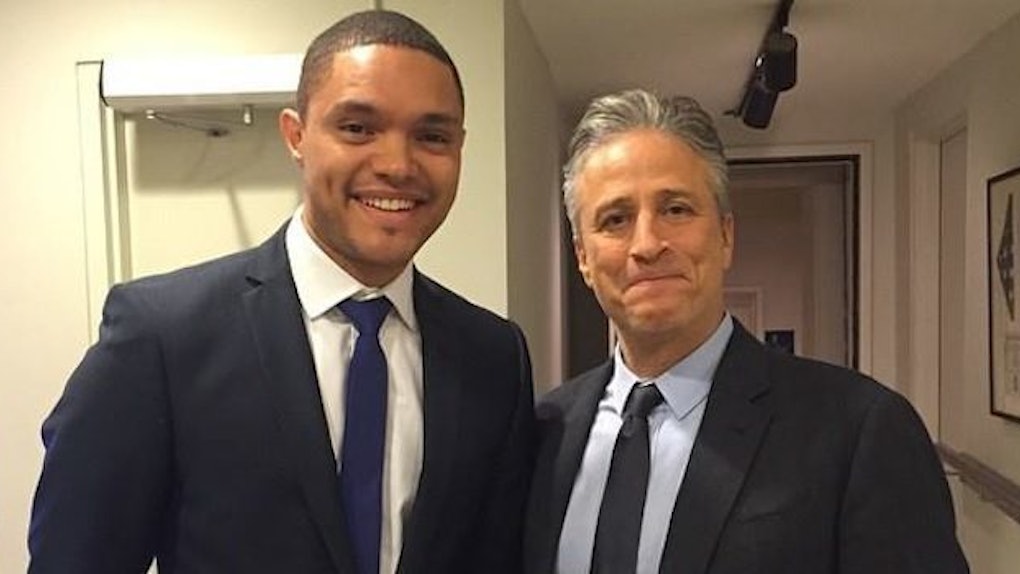 After Comedy Central announced Trevor Noah as the replacement for Jon Stewart on "The Daily Show," people across the country had a variety of reactions.

Many people had no idea who Noah was and turned to Twitter to find out more -- that’s when things took a turn for the worse.

I remember Noah’s original segment on "The Daily Show" as the South African correspondent. He played a game called, “Spot the Africa,” where he showed one photo from Africa and one from America.

The segment illustrated how poorly we Americans understand Africa as a continent (it isn’t all falling apart and filled with buffalo and crocodiles, in case you were wondering).

But, the sharp sarcasm Noah used successfully demonstrated his point.

I wasn’t surprised when I heard he had been awarded Jon Stewart’s spot.

Still, much like anyone else who catapults to stardom overnight, people immediately turned to Noah's Twitter page, where he had published a few poorly-received and, frankly, racist tweets back in 2012.

Trying to get a sneak peek of his style of comedy, many are now worried he isn't the right fit. Noah made offensive jokes about fat women, Jews, Israel and domestic violence, which, obviously, did not sit well with many people.

While news on Monday was filled with reports and clips about his comedy and hopeful wishes for his future in the position, Tuesday, the reports were only about Noah's offensive tweets.

And, while there were only six or seven examples of the tweets people mentioned, it feels the consensus is to suggest Noah is not the type of comedian people want to watch on "The Daily Show."

A few critics went so far as to say they would never watch the show again as long as he was behind the desk. Personally, I feel that's dramatic.

Are those old tweets offensive? Yes. But, are they a strong enough reason to boycott a beloved show? I don’t think so.

Comedians are always pushing the limits with their jokes and sometimes, they miss the mark. They use current events and shocking ideas to get a rise from their audience. Sometimes, people are upset, which is expected.

Trevor Noah made some bad, offensive jokes. But, so has Sarah Silverman. So has Lewis Black. So has everyone who has ever been on a Comedy Central Roast. Don’t get me wrong; I’m not saying there is any excuse for his behavior.

But, should we judge someone’s entire personality based on a handful of rude tweets he published before his career even took off?

If you look around, everyone who’s ever had a Twitter account has probably published something regrettable. That’s the beauty of Twitter: It allows people to vent while they are mad, sad or drunk, which often results in saying something you shouldn’t.

The man has more than 8,000 tweets. The ones that are offending people are mostly from 2012. This means he was 29 at the time. I don't know about you, but most 20-somethings I know tweet now and think later.

A few bad tweets doesn’t make Noah a bad person; however, one magazine made a good point. Jamie Weinstein of The Daily Caller wrote,

“Many young people don’t watch 'The Daily Show' just to laugh — they watch the show to get their news. The show shapes perceptions.”

If Noah is anti-Israel, like one tweet has led some people to believe, then it may cause a problem. Seeing as this is a “news show,” as Noah, himself, called it the day of the announcement, his biased opinions on the matter may clearly affect the show.

But, since all media and politics include some bias, even from Jon Stewart on the current "Daily Show," it may be unavoidable.

Of course, we would love to have a host who looks at every issue fairly, but that is probably impossible. Instead, we have a foreign, biracial correspondent, who, at the very least, is adding to the minority presence on late-night television.

It would be great to hear an apology from Noah because it would show he has grown up in the last few years.

As a 31-year-old, he is young for this role. Hopefully, his age does not reflect his maturity, but if he still thinks these types of jokes are appropriate and funny, I don’t think his version of the show will last.

Noah might continue to make enemies until he realizes he is in a position that can (and will) shape many people’s views on politics and the world.

I hope he understands this responsibility and tries to make amends so his takeover of the show doesn’t leave so many people with such a sour taste in their mouths.

From what I’ve seen, Trevor Noah has the ability to make "The Daily Show" great, and I’m sure all the fans of the show hope he will.