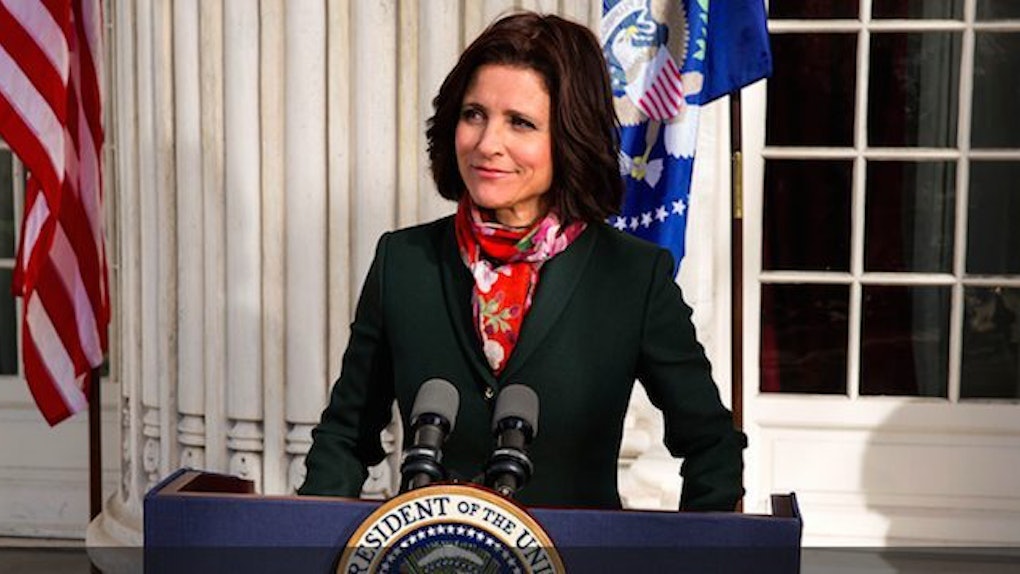 While the Primetime Emmy race for the Drama categories is all shook up from the lack of Game of Thrones this year, over on the Comedy side of the awards, things are business as usual. Returning champs from previous years like VEEP and Modern Family fill this category, along with other perennial nominees like Unbreakable Kimmy Schmidt, Silicon Valley, Master of None and Black-ish. Only Atlanta is new to the category. Which is why it's no surprise that VEEP wins the Emmy Award for Outstanding Comedy Series.

In recent years, the Emmy Awards have worked hard to stay ahead of the curve and shake up their once staid Television Academy of judges, luckily adding in a much younger and diverse set of voters only a year before #OscarsSoWhite blew up. But even so, when it comes to a category like comedy, the surprises are mainly only in the scripts and the jokes.

Since 2010, there have only been two shows that have won this category: Modern Family, which won for five years in a row, and VEEP, which won the last two. Prior to that, 30 Rock won for three years running. Fraiser won so many years in a row in the 1990s, Kelsey Grammer began to have the grace to look embarrassed. Emmy voters might like the shake things up in Drama every couple of years, but when it comes to comedy, it's all about the comfort food.

But here's the thing: once the Emmys have gone off you, it's hard to get them to come back. So once Fraiser's improbable run of wins was over, it never won again, though the Emmy Awards continued to nominate it. Modern Family is in the same situation. At this point it gets a nomination slot because it's a shoo in, but chances of it winning ever again, now that the Emmys have moved on, are pretty slim.

One of the most frustrating parts of VEEP's continuing wins was actually well expressed by Julie Louise Dreyfus during her own speech for winning Best Actress in a Comedy just before her program won in the overall Comedy category. She said, "We wanted to do an impeachment story line, but we thought... someone might get to it before us."

She, of course, means the ongoing investigation of Trump and the allegation that he conspired with the Russian government to illegitimately win the election. Politics, especially right now, has taken such a complete left turn in the last year, it hard to fault the Emmys for wanting to recognize a political comedy, especially one that is as well done as VEEP. It goes along with SNL's slew of wins this evening, including Kate McKinnon and Alec Baldwin, for their parodies of Hillary Clinton and Donald Trump, respectively.

But at the same time, this is part and parcel with what can be very wrong with the Emmys. They get stuck. Modern Family won five times in a row before VEEP. VEEP has now won three times in a row. If we assume the final season of VEEP wins next year (and concerning the climate, it's a near-sure bet) that means we will have gone an entire decade with only two winners in the Outstanding Comedy category.

Does that seem right? In this decade, only two comedy shows deserved the highest honor television has to bestow? That's just not true. We know it's not true.

Still, at the end of the day, major congratulations to VEEP. They've more than earned it.