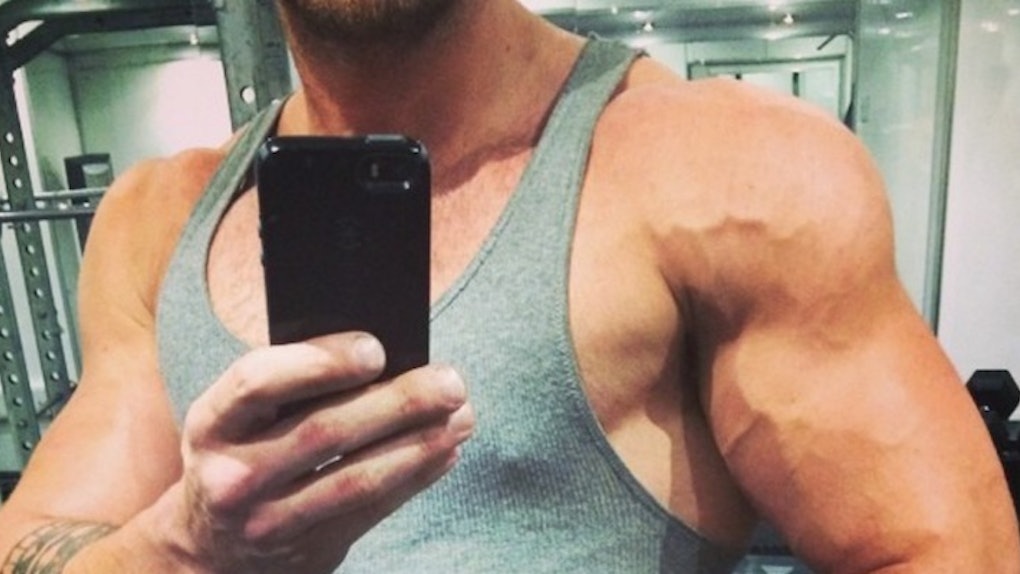 Jesus effing Christ. You're going to be SHOCKED at what Chris Hemsworth's stunt double did to get his body to look like an Asgardian.

There is an inherent issue when making superhero movies that you have to get whoever is playing those superheroes to look like his or her body is super-human. This isn't the '50s and '60s anymore, before working out was popular and America would just accept doughy-yet-healthy-looking Supermans and Batmans.

In order to sell the fact someone could save the planet from an alien force or ancient mystical demon, we need to see a man or woman who looks like he or she eats cars for breakfast and poops out shrapnel before lunch… and then eats another car for lunch.

Meet Bobby Holland Hanton, the jacked-up beefcake whose job it was to make us believe Thor — and his rock-hard, solid, YASSSS KWEEN body — is real.

The London stuntman worked with Chris on "Snow White and the Huntsman" before they starred in "Thor: The Dark World."

According to BuzzFeed, he had to eat 35 times a day to sustain this body.

Muscle & Fitness reports his meals while he was getting in shape for "Thor" consisted of things like grilled chicken, turkey, boiled eggs and spinach. Although, he apparently also allowed himself cheat days, where he ate all of the chocolate and cake he could possibly handle in a two-hour period.

His workout routine was also insane. This is more movement than I've ever done. Ever.

I need a cold shower.