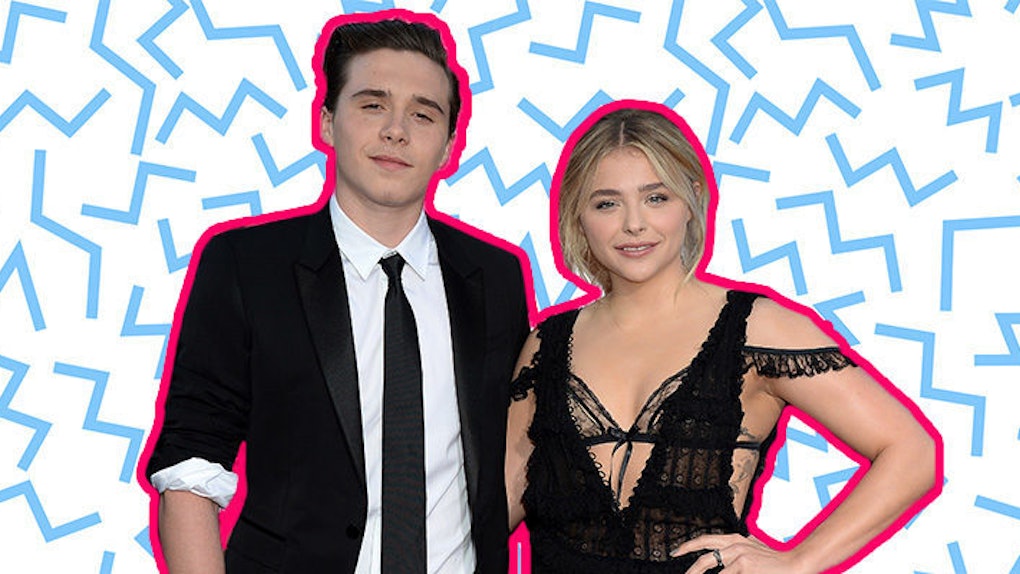 If you answered either "Chloë Grace Moretz" or "Brooklyn who now?" YOU ARE CORRECT!

So, I guess it makes sense why the 19-year-old actress gets annoyed when she is described as "Brooklyn Beckham's girlfriend."

In her recent interview for the September issue of Glamour UK, Chloë said she loves dating the 17-year-old son of David and Victoria Beckham.

But there is one thing that gets on her nerves.

Seriously, you don't know how often I'm just described as 'his girlfriend.' And you think: 'Well, I've also been acting for 13 years, but don't worry.'

My question is, when does that ever happen? Like, we all agree Chloë is more famous, right?

Brooklyn Beckham doesn't even have his own Wikipedia page, Chlo. Yours is, like, over a thousand words.

Unless this is some weird British thing, I think Chloë might be tripping.

Still, I do respect standing up for yourself and being a strong independent woman, etc., etc.

But, as she told Glamour, at least that's something she can bond with Brooklyn over.

One of the reasons why dating him is great is that we both get what it means to have our live twisted and torn apart and faked.