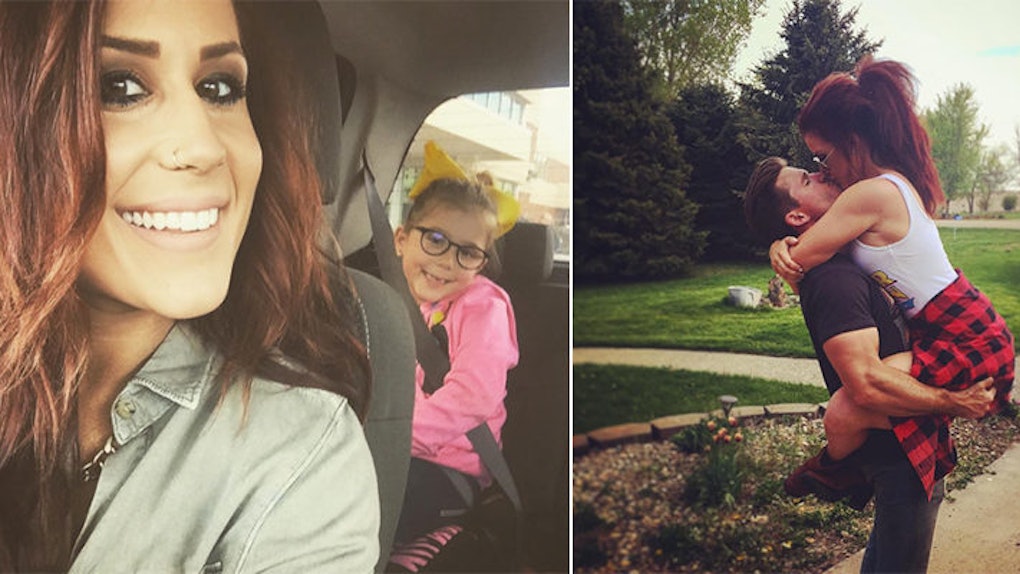 Reality TV is its own animal, and its stars certainly get their fair share of backlash and criticism. But if there's one show that I'll proudly claim is my "guilty pleasure" 'til the end (not to mention the one star who I will continue to praise for her highly entertaining Instagram account) it's Chelsea Houska from "Teen Mom."

While I am by no means an advocate of teen pregnancy, this mama slays. Even if you haven't seen an episode of "Teen Mom" since it first aired in 2009 (yup, it's been that long), Chelsea's 3.2 million-strong Instagram following says it all.

While overcoming the challenges of single motherhood, Chelsea has created a meaningful life for herself and her daughter. For that, she deserves to be recognized. She also has these six things going for her:

I'm not sure how she does it (well, I think she went to cosmetology school), but she has mastered the seemingly effortless up do. She never looks disheveled.

In fact, she always looks put-together, even on those glasses-and-a-sweatshirt days, when she may not even be trying.

She's not afraid to show off the envy-inducing progress she's made in the recent months, both with regard to her physical appearance and her level of strength. After all, she's working hard for it.

I don't know what else there is to say other than "Can I have one?" Chelsea says having a pet pig has always been a lifelong dream of hers.

His name is Pete. He lays on the couch, and he shakes hands on command. (Watch it here.)

Pete is practically a dog. That reminds me: She has two cute dogs, Barb and Phil. Those are the best names ever.

If you're familiar with the earlier years of the show at all, you know that papa Randy provided the ultimate shoulder to cry on when Chelsea was facing tough times. He even reminisces about those 2:30 am, teary-eyed breakup phone calls in a recent episode.

But the best thing about him is his Twitter account, @PapaRandlicious, where he live-tweets "Teen Mom" episodes. He also uses hilarious hashtags. Here's a prime example:

@PapaRandlicious: I am not even fairly accurate in applying sunscreen #redroadmaponmybody

Story has it that she and her stud-muffin of a fiancé, Cole, met at a gas station. Supposedly, the two locked eyes before going their separate ways.

Luckily, Chelsea was easy to find on social media, and Cole was able to contact her a few days later. Talk about finding love in a hopeless place.

Should we all start hanging out at gas stations? It might be worth it if it ends up like this.

This little diva has chic fashion glasses, bows, clothes and shoes that will make you wish you could fit yourself into a size 5T. Don't tell me you don't wish Chelsea was your personal stylist.

Either way, Aubree's micro-fashion sense paired with her sweet silliness will make you smile. The way she connects with Cole is seriously heartwarming.

Once again, I ask that you take this pro-Chelsea post for what it is: a declaration of admiration where admiration is due. If you don't agree with me, just go look at her Instagram account.

If nothing else, you'll enjoy her pictures of Pete, the pig. That's guaranteed.