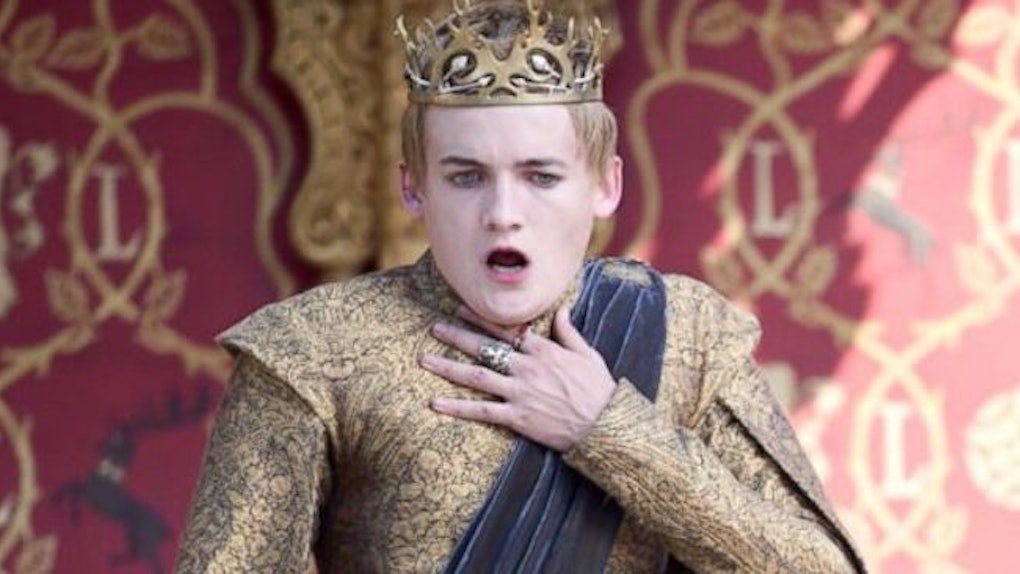 Littlefinger Death Scene On 'Game Of Thrones' Is So Satisfying

The Game of Thrones Season 7 finale finally gave us the death scene fans of the show have been waiting for! It's hard to say the show has delivered more satisfying moments than child-tyrant Joffrey Baratheon dying of poison in front of all of King's Landing or torture-obsessed sadist Ramsay Bolton getting torn apart by dogs, but Thrones delivered another epic death to one of its most hated villains in its Season 7 finale, which definitely joins the ranks of Joffrey and Ramsay's death scenes. Spoiler Alert: This post will contain details about Game of Thrones Season 7 Episode 7 "The Dragon and the Wolf." After showing us even more of his devious schemes throughout this new season, Petyr "Littlefinger" Baelish finally got what's been coming to him for seven years now when he was killed in the epic finale. And that Littlefinger death scene was soooo satisfying!

In the new episode, Littlefinger puts his grand plan into motion by trying to guide Sansa into believing her sister Arya actually returned to Winterfell in order to kill her. But his plans don't work. Sansa summons Arya to the great hall under the guise of sentencing her to death, but quickly flips the script and sentences Littlefinger to death instead. As Littlefinger pleads for his life, Arya slits his throat.

Fans have been waiting for Littlefinger's downfall for years now, but it became more a fervent hope than ever at the beginning of Season 7. After relocating to Winterfell, Littlefinger worked in the shadows to try to pit Sansa Stark and her newly returned little sis Arya against one another. Though it appeared his plans had succeeded in the season's penultimate episode, which features Arya and Sansa tensely facing off against one another over a note Littlefinger planted, the Stark sisters are able to see through Littlefinger's deceit and send him to his grave.

Throughout the run of Game of Thrones, Littlefinger has served as one of the show's most devious and dangerous players, characterized primarily by his ability to deceive and manipulate pretty much whomever he wants. Now that he's finally gone for good, how will the game change up in Season 8? I can't wait to find out.