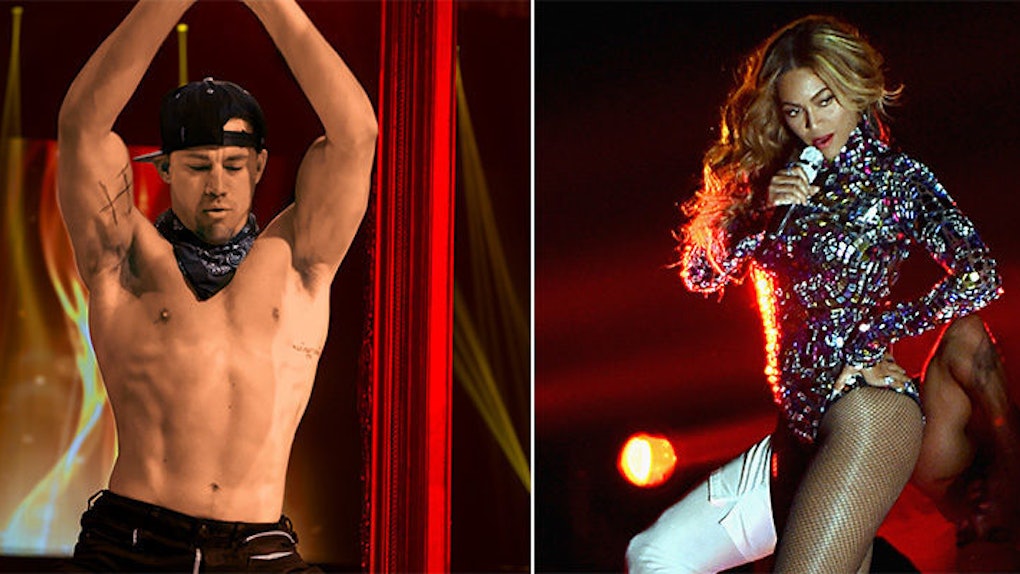 Here's to setting the bar high. If you haven't seen it already, the most amazing "Lip Sync Battle" of all time happened Thursday night during this season's premiere.

Channing Tatum faced off with his wife, Jenna Dewan Tatum, only to pull out the ultimate trump card.

Yaaaaaas kween! It was Beyoncé. BEYONCÉ!!!

While we're all out here trying to avoid gluten in the new year or whatever, Beyoncé stays blowing. sh*t. up.

First, check out this clip:

When your wife brings out Paula Abdul but you know you've got Beyoncé backstage #LipSyncBattlepic.twitter.com/OTVroSvz1v — Daniel Massoud (@4dpmass) January 8, 2016

It was a little too much for some of us.

Me When Beyonce shows up on the Lip Sync Battle with Channing Tatum pic.twitter.com/JJlt8ncl1S — Lois Dwira (@_yourgirllois) January 8, 2016