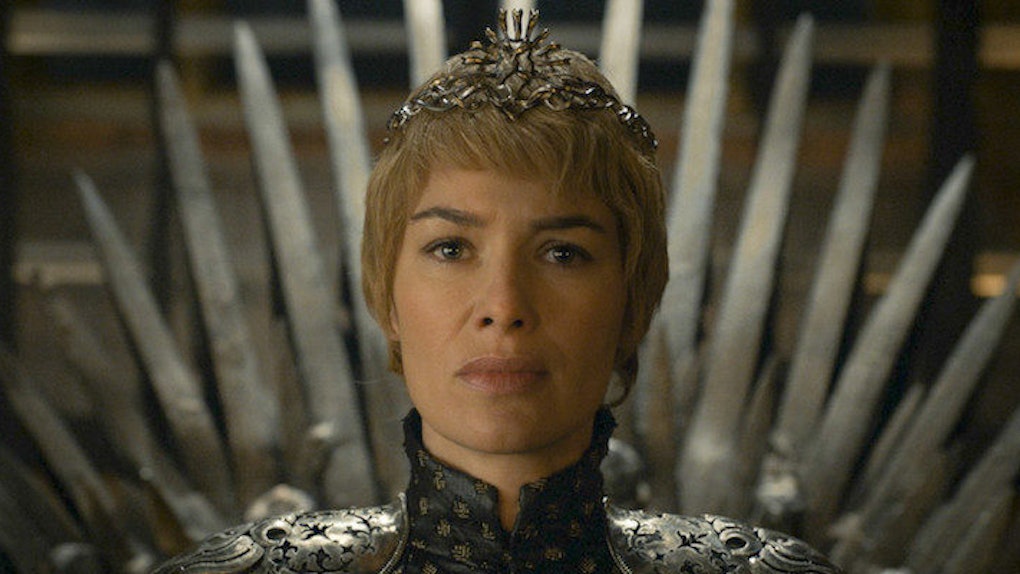 There's more than meets the eye when it comes to Cersei Lannister's crown.

Full disclosure: There are crazy spoilers in this article, but honestly, it's the Wednesday after a “Game of Thrones” season finale. At this point, if you haven't watched the show already, that's on you if this article ruins it for you. Get your life in order.

Arguably, the biggest "GoT"-verse shifting event to take place during Sunday night's season six finale (and the show's run as a whole, to be honest) was Tommen jumping out of the castle window after Margaery died in the King's Landing blast, officially giving Cersei the Iron Throne.

This is a terrifying prospect for those following the storyline as literally the only thing humanizing fact about her was she had kids.

She's all alone now. She's lost her husband and all of her children, meaning next season we're going to see a lot of her doing a lot of GOD AWFUL things and then smirking about it.

Costume designer Michele Clapton spoke about how the crown she put on after taking the throne wasn't just a crown, but a symbol for the new and disturbingly alone Cersei we all have to live with going forward.

She told Vulture during a recent interview,

I chose to make it in silver with just wisps of gold to try to show her isolation, her mental disentangling from her family. There is no reference to [her late husband, Robert] Baratheon; there is no need anymore. She doesn't have to try and prove a link. The center of the crown is the lion sigil abstracted — its mane represents the Iron Throne, her desire. She has made it her own — she is reborn.

Eff, that is terrifying.

Citations: Cersei Lannisters Crown Was Designed to Show How Lonely She Is (Vulture)