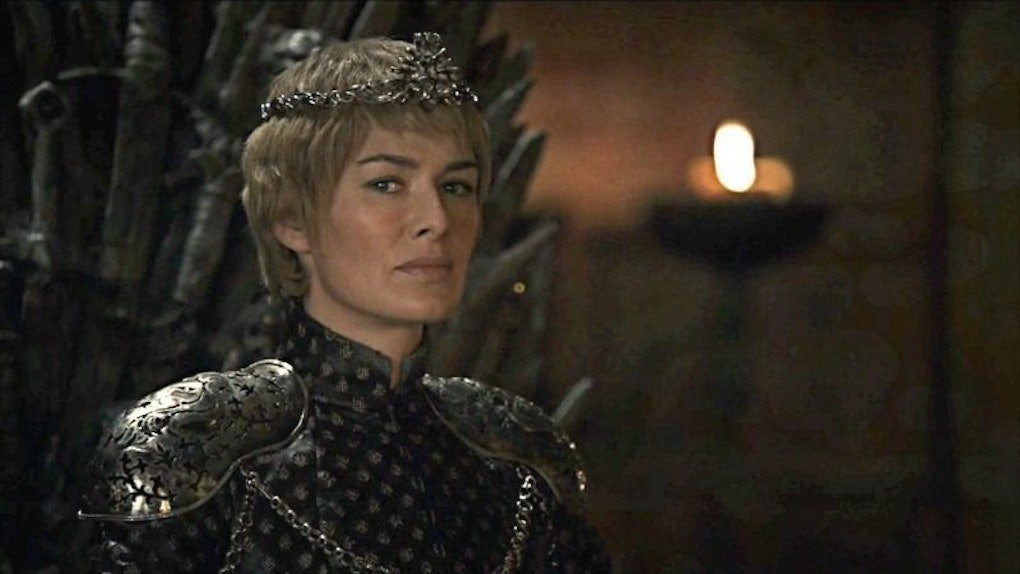 If you're a rabid "Game of Thrones" fan like most of the known world, then you're definitely familiar with the many facial expressions and mannerisms of one Cersei Lannister.

Since making her debut on "Game of Thrones" in 2011, British actress Lena Headey has been absolutely slaying it in her role as the current Queen of the Seven Kingdoms.

While her appearance, attitude and situation have all changed a lot over the years, one thing that has remained a constant is the signature Cersei Lannister eye roll.

Yeah, you know the one. Don't you wish you could pull this off when life's everyday bullshit comes knocking at your door?

Well, in celebration of what's sure to be another successful Emmy Awards for Lena Headey, Cersei Lannister and everyone else associated with HBO's "Game of Thrones," check out 19 times Cersei Lannister's eye roll was the perfect meme for all our problems.

1. When your co-worker unsubtly hits on you for the fifth time this week.

2. When you've been waiting all day to go eat at this restaurant and your SO orders a salad... for their main course.

3. When a cab speeds up to catch the light and splashes dirty gutter water all over you.

4. When the burrito maker at Chipotle asks you if you're OK with paying extra for guacamole.

5. When your parents call and ask you if you got that raise yet at work.

6. When your boss asks you how you feel about coming in on a Saturday.

7. When you get to the bar and your blind date makes you wish you couldn't see.

8. When your ex likes one of your Instagram pictures.

9. When people move at a snail's pace getting off the train, and you're trying to catch the express across the platform.

10. When Starbucks spells your name wrong.

11. When someone asks who wins in "Game of Thrones."

12. When your friend says they're only going to have one shot tonight.

14. When your Uber driver tries to make small talk, but you're still sober.

15. When someone sends you a Snapchat and also makes it their story.

16. When someone says Taylor Swift is their idol.

17. When you order Domino's at 3 am and it takes an eternity for the driver to arrive.

18. When the person in front of you at the express checkout line in the supermarket clearly has more than 15 items in their cart.

19. When someone comes in late to the conversation and asks a million questions.