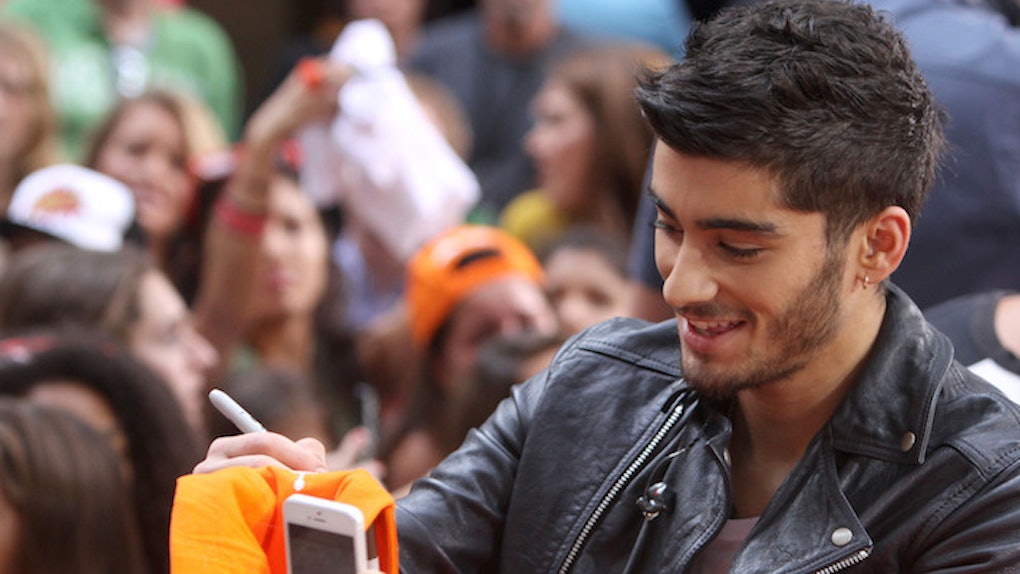 Beards are gross if you think about them too hard, but if you stop short at aesthetics and forget about all the sweat and bacteria living in that hair, it's easy to appreciate a man with some chin mystery.

Zayn Malik, for instance, sported facial hair not only for his final days in One Direction, but for basically his entire solo career thus far, and tipped the ol' beard scale from gross to hot.

Just look at that straw disappear into that forest of sexy face pubes.

On Thursday, Zayn revealed via Instagram he'd shaved his beard, save for the teensy soul patch above his chin.

WHO IS THAT BABY-JAWED TEENAGE MAGICIAN AND WHAT DID HE DO WITH ZAYN???

Though the comments section on Instagram is packed with love for the 23-year-old's look, opinions are split on Twitter.

Distraught as change makes most of us, some fans are learning to love the new Zayn...

...though others are struggling to accept it.

For at least one fan, the soul patch is the most disturbing aspect of the whole ordeal.

Gigi Hadid has yet to share her opinion on Zayn's new facial situation, but photos of her gazing at Zayn's beard in happier times suggest she won't take it well.

Don't worry, Gigi, his beard will grow back.

In the meantime, you can gaze into the 16 hairs of his soul patch and know some day, down the line, in the distant future, maybe long after planet Earth has become a dystopian wasteland and you're living in a $15 million bunker under what used to be Kendall Jenner's house, his beard will return.

Citations: Zayn Shaved His Beard and His Fans Are Freaking Out (Cosmopolitan)