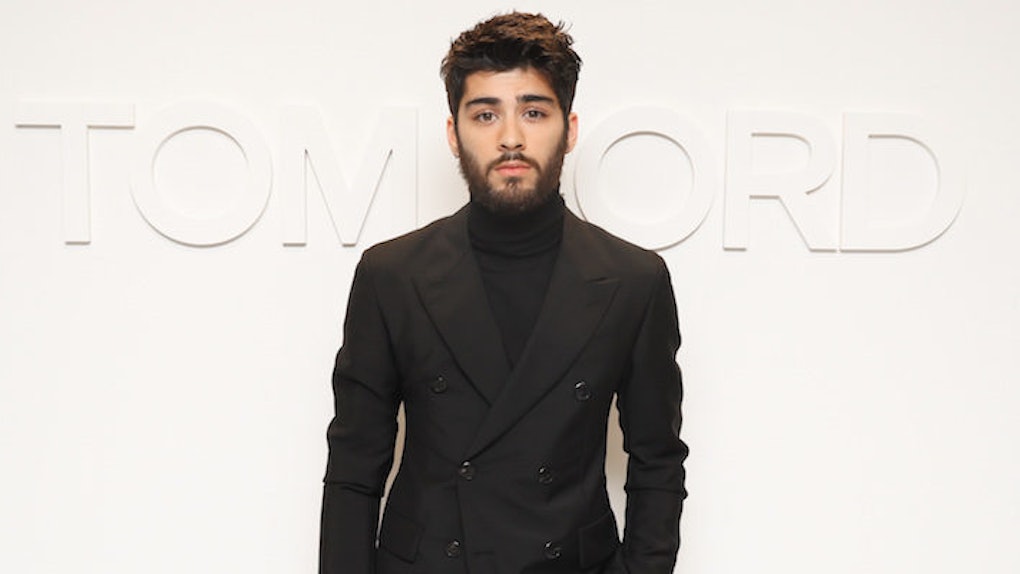 Zayn is coming out with a book because print is truly dead.

In one of the weirder career moves you will ever read about, a few months after his exit from One Direction, the "PILLOWTALK" singer announced he is officially releasing a book for some reason.

WAIT WAIT WAIT, it gets better.

Here is the longline for the 288-page book (once again, 288 PAGES OF BOOK) being published and released by Penguin on November 1:

The first and only official book from ZAYN. Global superstar ZAYN shares a photographic journey of his life since leaving One Direction.

HOLY LOUIS TOMLINSON'S FAKE BABY! ZAYN MALIK IS RELEASING A PHOTO BOOK ABOUT HIS "JOURNEY" AFTER LEAVING ONE DIRECTION A LITTLE UNDER A YEAR AND A HALF AGO.

This future Pulitzer Prize winning book could very well go down as a bigger waste of trees than confetti owned by any non-basketball Cleveland sports team.

Here is a longer excerpt of what we can expect from ZAYN:

ZAYN opens up with this collection of thoughts, inspiration, and never-before-seen personal photographs. After five years of massive success with One Direction, ZAYN launched his career as a solo artist with Mind of Mine, becoming one of the most successful artists in the world. Now, for the first time ever, ZAYN is going to tell and show all in this intimate and raw scrapbook of his life. Never-before-released photos give readers insight to ZAYN, no-holds-barred. Gorgeously designed with hundreds of full-color photographs and Zayn's notes, drawings, song lyrics, and personal stories, the book captures Zayn's most private moments and his candid feelings on fame, success, music, and life. The next chapter of ZAYN'S evolution into global superstar, told by the artist who is living it.

BRING. THIS. EFFING. BOOK. ON.

The internet is rightfully confused as hell over this literary career move.

This is the only potentially good thing to come out of this book:

This one lady seems pretty excited, though:

Is it too early to start lining up outside of Barnes & Noble?