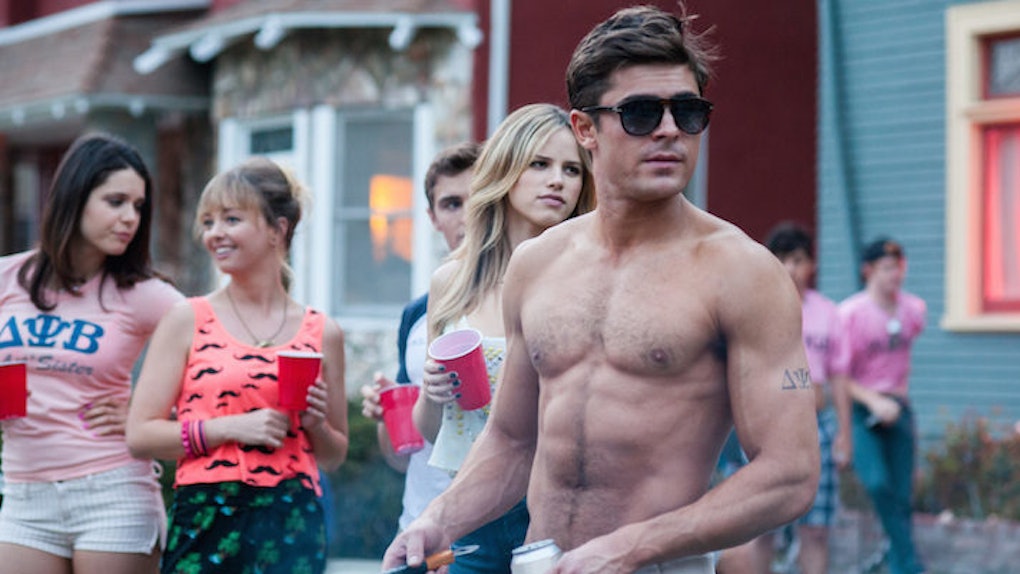 Zac Efron Was On Tinder And You Probably Didn't Swipe Right

Well, turns out Zac Efron finds his love the same way the rest of us do: through mobile apps.

Believe it or not, Zac Efron has a hard time meeting girls. I know, I KNOW, not only is that a ridiculous statement to grasp but it also fills my soul with doom. How the eff are the rest of us non-Efron ugly schlubs supposed to find love if the literal face and body of sex can't lock down a lady?

But that's the reality of the situation according to an interview he gave to The Times, telling reporters,

Dating is something I'll never be able to do. As in the dictionary definition of dating...A date has to be very long to dispel whatever people think of me.

Uhhhhhhhh, that's fine. I think I can find a few willing people to go on long dates with this:

“Ohhhhh nooooo, pleaseeeeee end this date I'm having with this glorious eye buffet early,” said nobody ever.

What's funny is Zefron, who recently broke up with Sami Miro back in the spring, may be too good looking and famous for his own well being.

In that same interview, he told reporters the heartbreaking truth about what happens when you Tind -- the verb form of Tinder, BTW-- as Zac, saying

Amazingly, when I signed up for Tinder, nobody swiped me! They thought [my profile] was fake.

YOU ALL HAD A CHANCE TO NO-STRINGS-ATTACH BOINK BODIES WITH ZAC EFRON AND YOU BLEW IT!

Thoughts and prayers are with Zac Efron during this trying time.