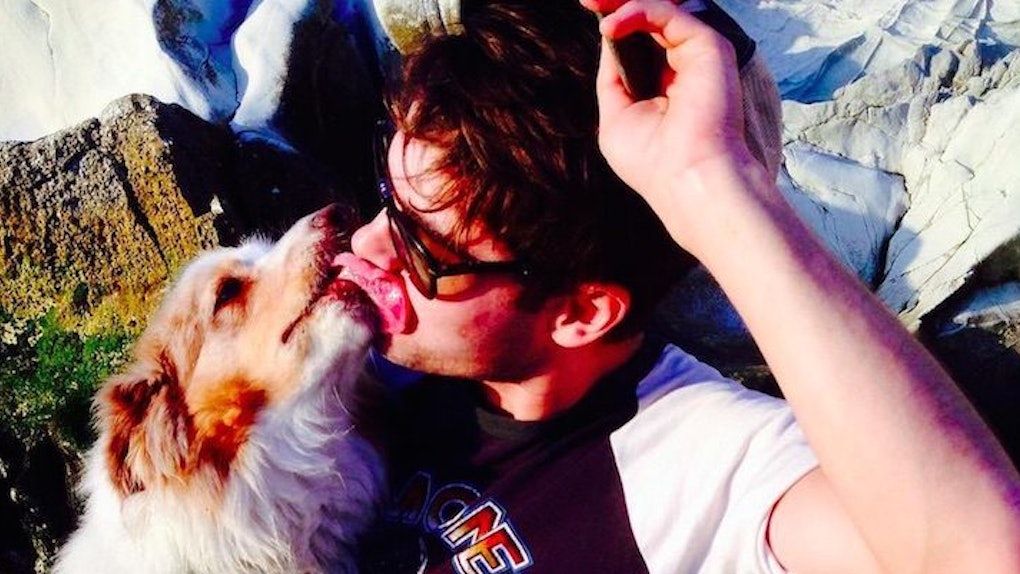 Effing Christ, Zac Efron's Instagram post about his dog turned me into a big puddle of tears.

Let me go on record saying I saw this thing at 8:25 am this morning. That is wayyyyyy too early to have Instagram's answer to “The Notebook” shoved into my eyeballs.

It was like simultaneously watching every video online of soldier parents surprising their kids at baseball games as they throw out the first pitch.

So maybe tab this article until you're in a really strong emotional place. This feels-diarrhetic will dia-wreck you.

Grab some Kleenex and read Zac Efron's Instagram post about his dog that recently made its way to the great Petco in the sky.

HE QUOTES CHANCE AND MAKES A BRO-Y "I'll see you at the finish line" COMMENT!!!! THIS IS A GODDAMN ASSAULT ON YOUR FEELS WITH MILITARY PRECISION.

The internet is doing its best to deal with this news.

This should be a national day of mourning. I can't believe the guy who starred in "Mike and Dave Need Wedding Dates" is doing this to me.