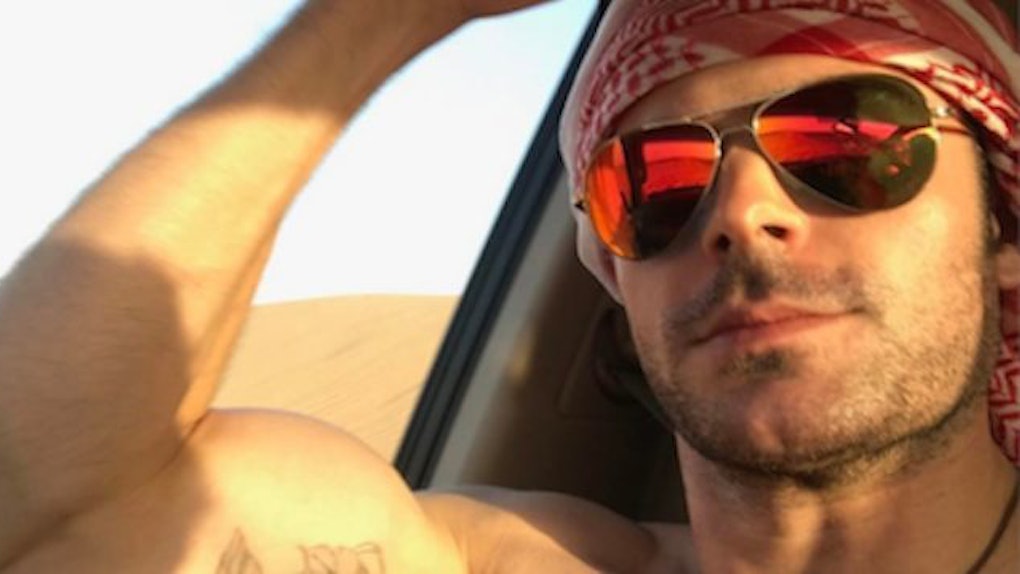 Zac Efron Shows Off Abs While Riding A Camel In Dubai

Hey guys! Just checking in to remind you Zac Efron is still scrumptious like Sunday morning bacon and his abs still look like a tray of hot, toasty pull-apart rolls.

Zac made one camel the luckiest girl in the desert during a trip to Dubai, where he shot a Hugo Boss fragrance ad.

The “Baywatch” star is the face of Hugo Boss' men's cologne, Hugo by Hugo Boss, and lent his gorgeous face and flawless bod to the brand's “Your Time Is Now” campaign.

In the slideshow below, Zac rides proudly atop his camel love and kicks up sand with some, like, caribou or something (what's the desert version of caribou?) in the background.

Zac is fortunate to be tanning his muscular back in the hot United Arab Emirates sun, especially considering his recent brush with death.

While shooting his upcoming film "The Greatest Showman," Zac was yanked from a fully burning building by co-star Hugh Jackman.

It started to get late, and some of the pyrotechnics got a little bit too hot… We burst out of the building. It looked great on camera… We didn't know it [at the time], but it was pretty intense. I watched playback, and he saved me from a burning building. It later exploded that night. It was a set, but it later burned down. It was pretty awesome. Hugh Jackman saving you from a burning building? It's every girl's dream.

We GET IT, Hugh Jackman. You're a GOOD GUY. ENOUGH already.

Zac needs to be careful out there in the scorching desert. Should he dehydrate himself and go insane or get trampled by a jealous camel husband, the world will not know what to do with itself.

Mankind cannot bear anymore madness. Come back to us safe and sound, Zac. We can't go on without you.