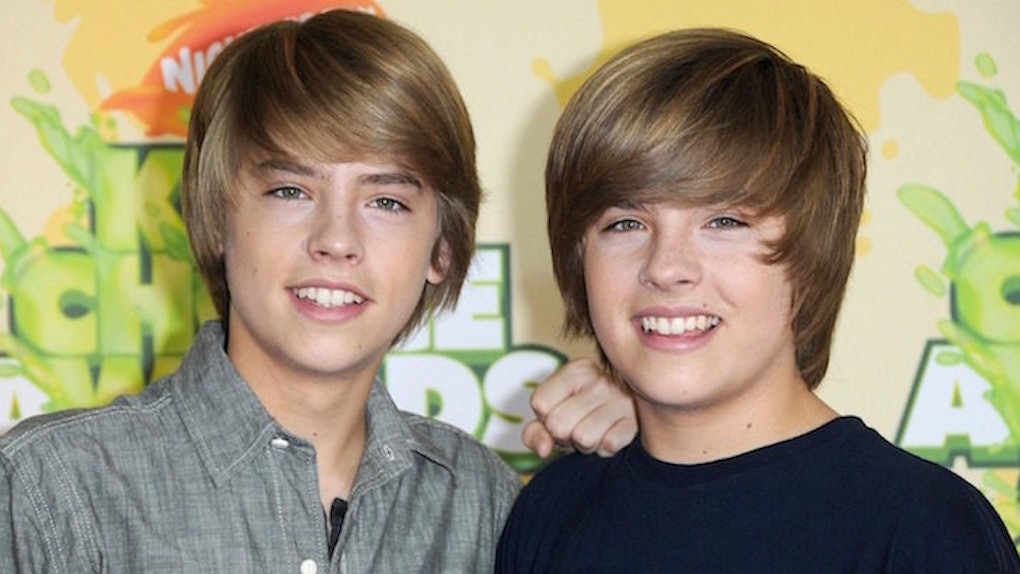 Can You Guess Which Sprouse Twin Is Which In These Photos?

Dylan and Cole Sprouse have been enchanting us with their adorable faces and shiny hair for over 15 years. Seriously.

Their debut in Adam Sandler's "Big Daddy" in the summer of '99 was a long-ass time ago. Both the millennium and Willennium hadn't even happened yet.

As if that turn-of-the-century cinematic gem wasn't enough, the twins went on to steal maaaaaad preteen hearts in their Disney Channel series "The Suite Life of Zack & Cody."

For three straight years, they raised hell in the Tipton Hotel before gifting us with a spin-off series, "The Suite Life on Deck" where we saw them pull basically the same hijinks nautically.

Humanity doesn't deserve the Sprouse twins -- especially Cole -- and yet we have them. Here. On this mortal plane. With us. Living. Breathing. Eating shrimp, possibly, IDK.

Happy Birthday, Dylan and Cole Sprouse. You are rare, gleaming treasures in an ocean of watery dog shit. Esp Cole.