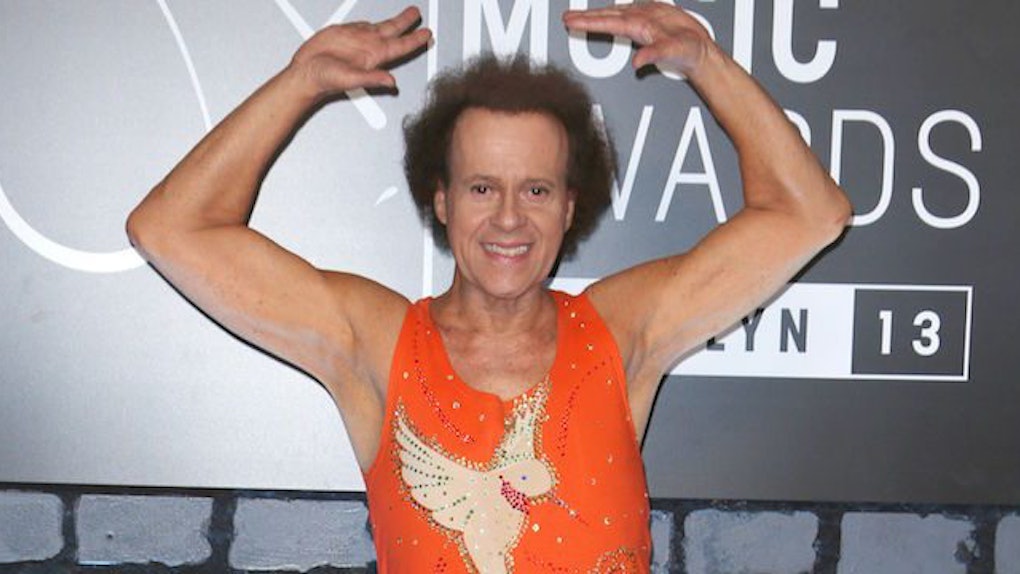 Richard Simmons is an American staple we need around now more than ever.

There is only one more episode of "Missing Richard Simmons," the unlikely breakout podcast centered around the bizarre past few years of fitness Guru Richard Simmons' life.

On February 15, 2014, fitness guru Richard Simmons disappeared. He stopped teaching his regular exercise class at Slimmons, cut off his closest friends, and removed himself from the public eye after decades as one of the most accessible celebrities in the world. Nobody has heard from him — and no one knows why he left.

If there is any motivation to find Simmons, aside from just making sure he isn't dead, it's that America has never needed him more than we do right now.

His positive energy and infectious smile has the ability to unite nations and destroy party lines. Maybe instead of sweating it out during an arms race with our enemies, we should be sweating it to the '80s. You ever think about that?

Here are the 13 reasons why finding Richard Simmons should be a national priority.

When he was high school, Richard ballooned to over 300 pounds before shedding it all through diet and exercise.

2. He is responsible for helping people lose more than three million pounds.

That is according to Richard himself, a source I trust more than the Wall Street Journal.

Oldies? '80s? Rihanna? If you can move to it, then you bet your tush Richard has sweat his butt off to it.

I can literally not think of a time when America could use a pun to laugh at more than now.

8. I feel obligated to put this GIF in as well.

How could you not love this?

12. He overcame leg problems, a foot that doesn't have the right amount of bones in it and asthma to become what he is today.

13. HE RELEASED AN ALBUM OF BIRTHDAY SONGS FOR PEOPLE WITH SPECIFIC NAMES THAT MAY BE THE GREATEST THING ON YOUTUBE.