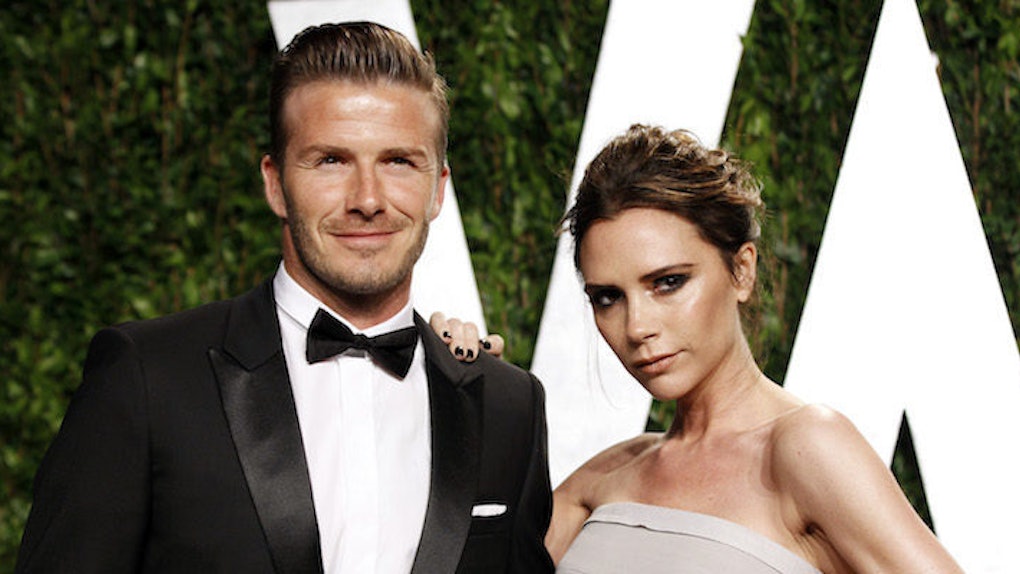 Have you ever done something ridiculously cheesy while irrevocably in love with someone? Maybe, say, writing a letter to your younger self about meeting your partner?

Victoria Beckham has. She and her husband, soccer star David Beckham, have been married for 17 years. They have an adorable family, and, apparently, an equally adorable love history.

How adorable, you ask? So adorable that Victoria wrote a letter to her 18-year-old self about her future hubby.

SPOILER ALERT: The letter is heartwarming and will make you believe in true love again.

The letter, which will be published in October's British Vogue issue (also make sure you pick up some tissues if you buy it) gives us juicy details about the day the former Spice Girl first laid eyes on her future husband, who wasn't even famous yet.

And yes, love at first sight does exist. It will happen to you in the Manchester United players' lounge – although you will get a little drunk, so exact details are hazy.

The feature in Vogue is called, "What I Wish I'd Known," and Victoria describes the first time she saw the now-retired soccer player.

While the other football players stand at the bar drinking with their mates, you will see David standing aside with his family. (He's not even in the first team at this stage – you are the famous one.) And he has such a cute smile. You, too, are close to your family, and you will think how similar he feels to you... He's going to ask for your number. (He still has the London-to-Manchester plane ticket on which you wrote it.)

I'm sorry, but is that not the cutest detail?

Yeah, I assume that'd be pretty important to know if you're dating a professional soccer player.

I would do crazy things to see David's reaction when he reads this.

Hey, Hollywood! Do us all a favor and please use this letter as inspiration for a hit rom-com. Thanks.