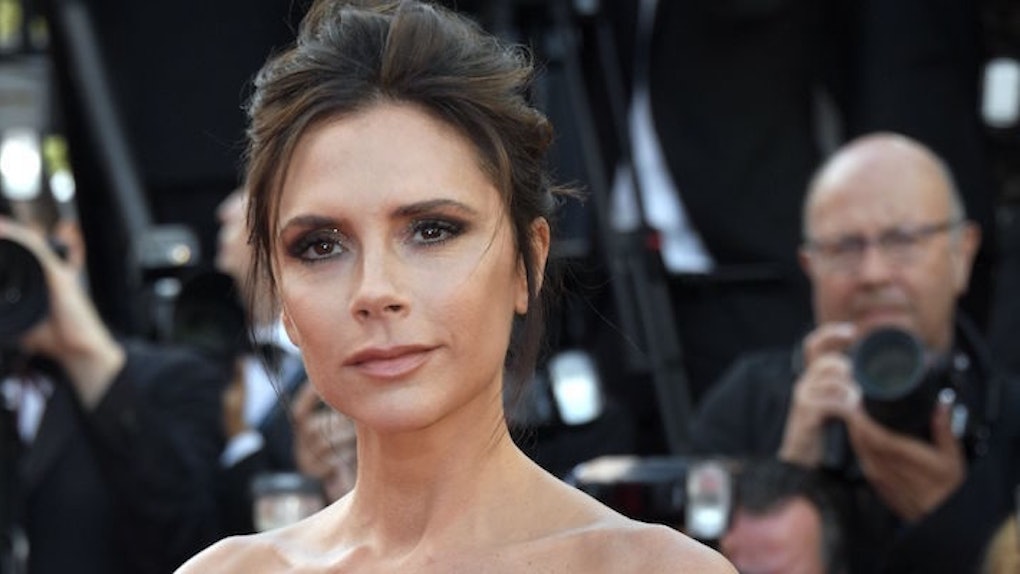 If you're easily embarrassed by your parents, you should take notes from Victoria Beckham's kids.

The 42-year-old mother of four sat down for an interview during "Late Night With Seth Meyers."

During her appearance, she spoke about the fact that all of her children have seen her legendary role as Posh Spice in "Spice World."

I don't care if you were into Pokémon, Easy Bake ovens, PlayStation or Polly Pockets. There's a huge chance that you set some time aside during your childhood to watch "Spice World."

But how would you feel if YOUR MOM was the one running around in tiny Gucci dresses and platform heels, belting out the lyrics to "Wannabe?!”

That's precisely why the world is curious -- have Victoria Beckham's kids seen the groundbreaking 1997 film?

They know the Spice Girls. They know that mommy wore the heels and did the pout and point. They're proud! You know, we've watched the movie together, and when I was on tour with the Spice Girls [in 2007], I took the children with me. So they were with us, yeah.

In other words, Brooklyn, Romeo, Cruz and Harper are all very familiar with Posh Spice -- and they couldn't be happier about their mom's pop star past.

Despite how much of a role the classic movie has played in her success, Victoria Beckham doesn't plan to attend the Spice Girls upcoming 20th-anniversary reunion due to her busy schedule, her love for fashion and life as a mom.

Regardless, her musical talent is still being put to use in other ways.

As a matter of fact, Beckham revealed that her 11-year-old son Cruz inherited her love for music.

He's so musical. And I didn't even realize that he could sing. He's always the one that plays football and he was just sitting in the back of the car one day and he was singing and I was like, 'Wow, you can really sing.'

Can you say "Spice Boys?"

Just kidding, I doubt Cruz will ever want to embark on a journey around the world with fellow boy bandmates. However, you never know...