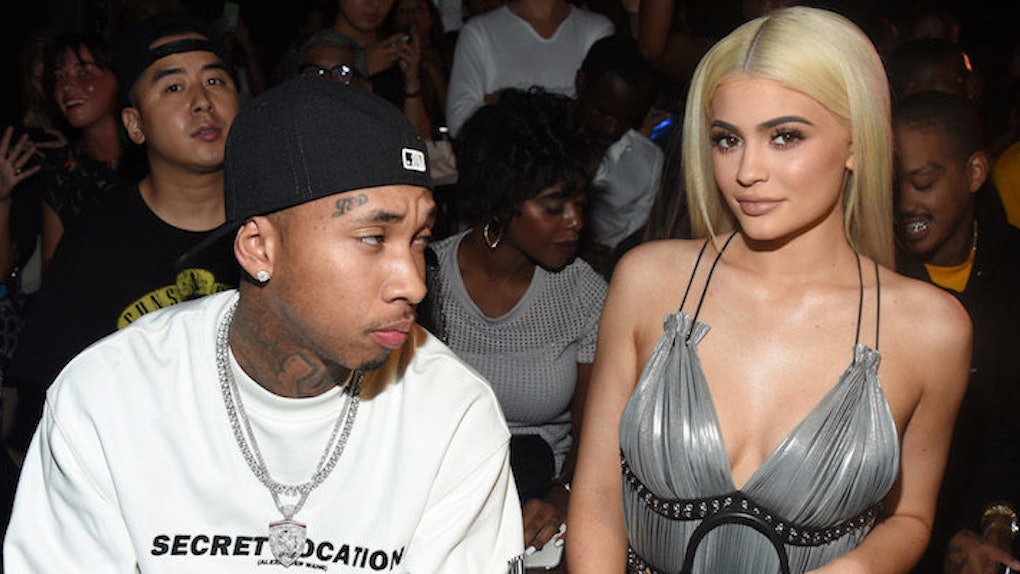 Tyga is partnering with a designer to create his own clothing line because there's nothing like healthy competition to keep a relationship fresh!

The 26-year-old rapper is collaborating with streetwear designer Daniel Patrick on an eight-piece fashion line that will launch September 22.

Us Weekly reports the line, called the Daniel Patrick x T-Raww collection, will feature "a bomber jacket, an oversize T-shirt, a hoodie and a pair of skinny jeans" ranging from $110 to $600.

Daniel Patrick is known for his minimalist style, and apparently Gigi Hadid, Hailey Baldwin and Kendall Jenner are big fans of his.

Now you might think this has the potential to make Tyga's relationship with 19-year-old Kylie Jenner, who is famous for her Kendall + Kylie clothing line, sort of awkward.

But, come on, really? That's what you think will make this relationship awkward?

Don't worry, though — Kylie's a fan of Daniel Patrick, too.

So no bad blood here!

According to an interview with the designer for WWD, Tyga's line will be little different than his everyday style.

We wanted to do something minimal and clean and maybe not what [Tyga's] regularly known for.

Well, thank god for that.