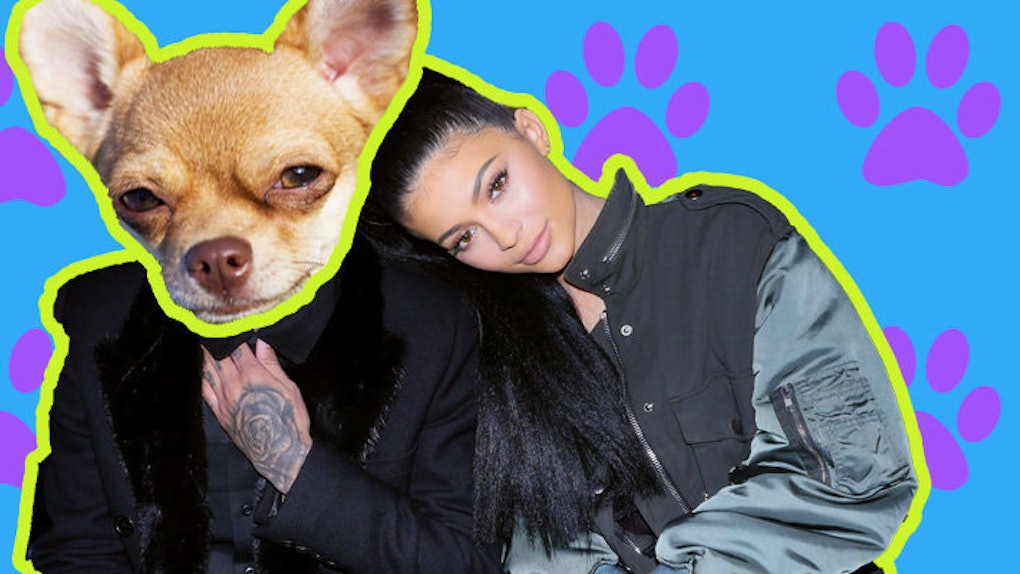 Despite Tyga posting the most underwhelming birthday Instagram of all time for girlfriend Kylie Jenner yesterday, the 19-year-old reality star and cosmetics entrepreneur joined him on Snapchat for some cutesy face swap action.

T posted a video of the couple to his Snapchat story that will haunt your dreams and his, apparently.

In the clip, the rapper looks at his face on Kylie's head and asks,

Kylie went solo on her own Snapchat for most of her birthday and, at one point, she did legitimately look like a Chihuahua.

Though she spent some time peddling her limited-edition Birthday Collection bundle for Kylie Cosmetics, Ky took a break for a sunlit swim (and a few selfies, because obviously).

Well wishes from family and gifts from friends in honor of Kylie's 19th birthday made the social media queen's 18th birthday look like a goddamn horse funeral.