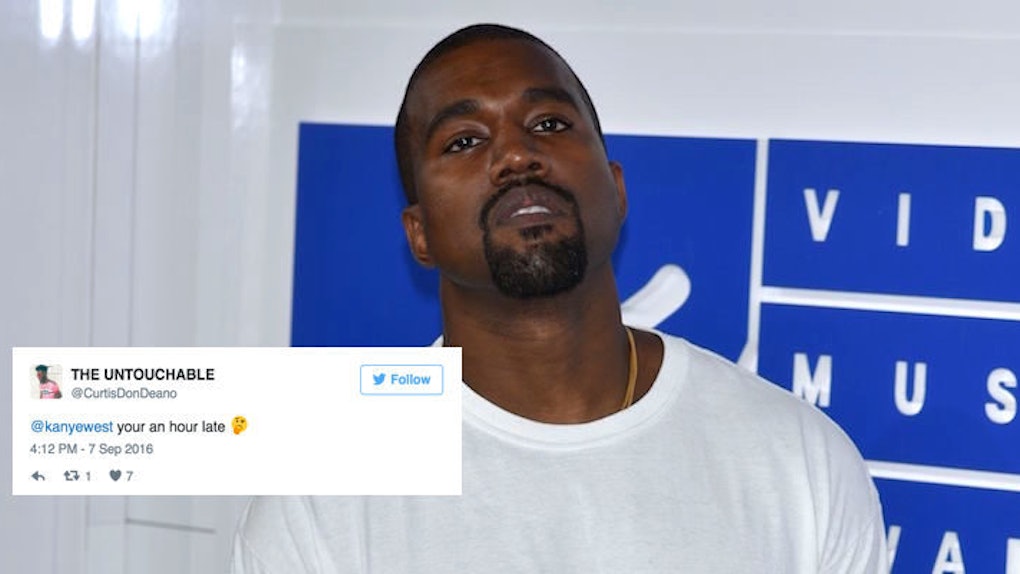 The 39-year-old star (or someone from his team) tweeted out an image containing all of the juicy details one would need to attend his Yeezy Season 4 event on Roosevelt Island in New York City.

The event, which is presented by Adidas, was announced to begin at 3 pm EST... Only, the tweet published from Kanye West's verified Twitter account was sent out at 4:12 pm.

In other words, someone somewhere messed up BIG TIME.

Luckily, details regarding the Season 4 show were publicly released prior to the botched tweet. The show was a success.

As expected, Twitter exploded as fans expressed outrage over the mixup.

How could Kanye do such a thing? How could a self-proclaimed "God" make such a profane mistake?!

Here's the tweet that shook the Twitter-verse. Kanye West announced his Yeezy Season 4 show to be at 3 pm, but posted the details at 4:12 pm.

Oh, Yeezy. Didn't you know Twitter would call you out for this?

Kanye West fans were NOT having it.

They made it abundantly clear that it was well after 3 pm.

Someone point me to the intern who royally screwed up... NOW!

I smell a firing coming along.

Some fans even got pissed enough to say Taylor Swift's "1989" is "better." Ouch!

Maybe it was actually Kanye himself who did this...

Damn it, which Kanye was it?!

Either way, Twitter just wasn't going to deal with such carelessness...

THAT much was made obvious.