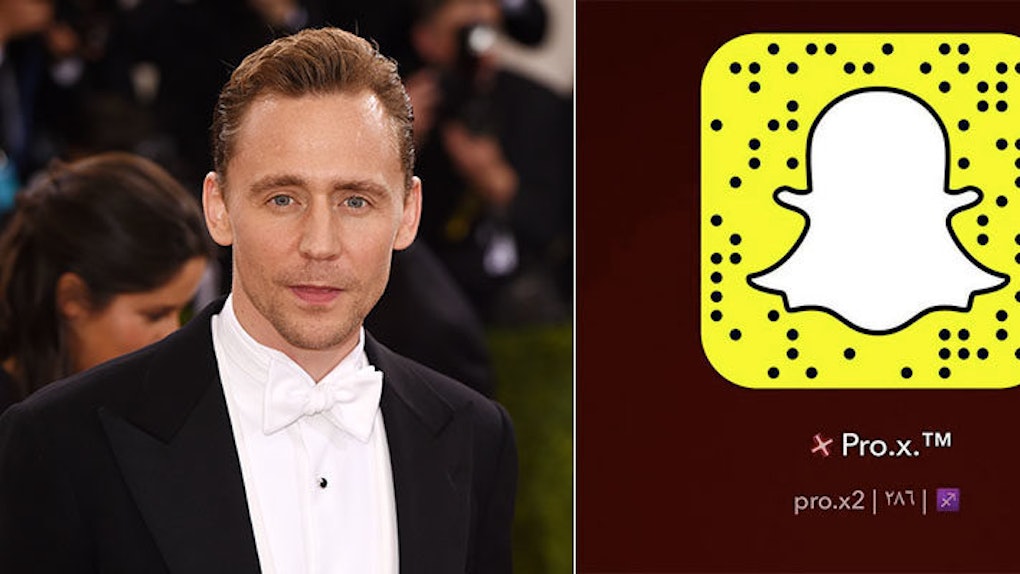 Updates are still coming in, but if his account was hacked, and it looks like it probably was, the Instagram takeover started shortly after 9:10 am EST on Friday morning, when Mr. Taylor Swift and star of “The Night Manager” started posting a series of "off-brand" photos and videos to his account.

There also seemed to be Middle Eastern music playing over the snaps.

A second Snapcode was shared on the page. There is currently no story up on this user's Snapchat page.

At one point, the following video was posted to the Instagram channel.

Hiddleston, who started his Instagram account two weeks ago and currently boasts one million followers, also had his bio changed on his page.

So far, Tom's Twitter account does not seem to be hacked, if this is actually a hack at all and not just Tom awkwardly trying to figure out how Snapchat works.

We reached out to Tom Hiddleston's rep for comment, but have not yet heard back. We will update as more information comes in.

The alleged hackers behind the account's takeover have posted they plan on giving control of the account back.

For now it appears control of the account has been given back to Tom Hiddleston. All of the photos uploaded during the hack have been deleted.

Tom's Instagram story from today is still up though and features posts that were uploaded during the hack.

A photo of this article was also shared on the story.