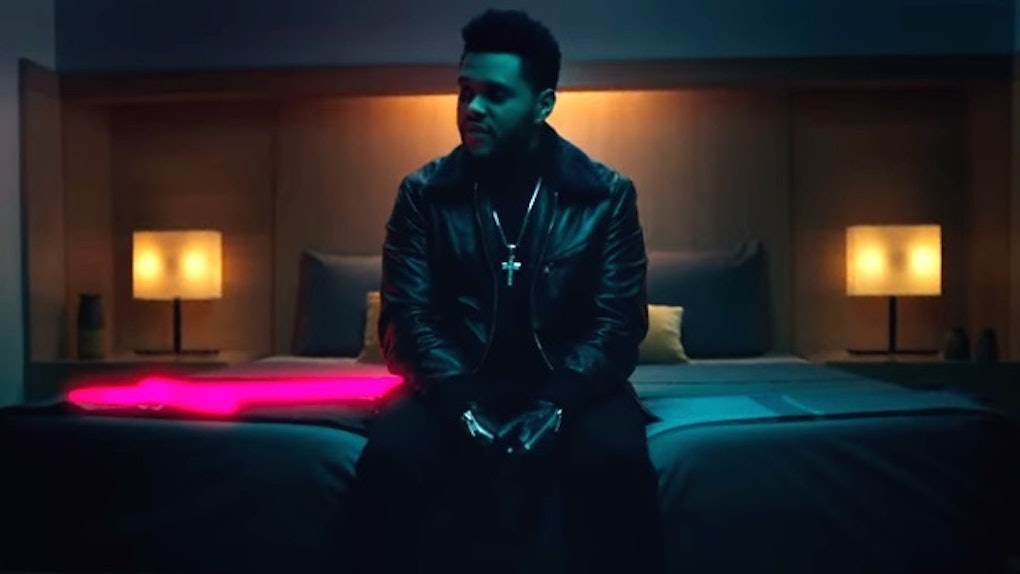 The Weeknd's new music video for "Starboy" is here, so grab your headphones and turn up the volume.

The 26-year-old singer debuted his new album cover exactly a week ago so fans have been eagerly awaiting the music to drop.

Perhaps you noticed something a little different about the man in his cover art. Yup, The Weeknd cut his hair. All of it.

Say goodbye to his signature look -- the man is rocking a short new 'do. Now that the music video is released, it makes a little more sense why he decided to make the extreme change to his style.

The video starts out with a masked man breaking into The Weeknd's mansion. The intruder ties him up, abducts and suffocates the shit out of him.

LOOK AT THIS. IT'S LIKE A HORROR MOVIE. RIP, The Weeknd. You will be missed.

That's not even the craziest part. Shortly after, the masked man reveals himself, and we learn it's also The Weeknd, but with short hair... aka, his alter ego. DUN DUN DUNNN.

So yeah, basically the new Weeknd killed the old Weeknd, and now he is reborn into this little Starboy cutie. Damn, that's deep AF. I see you, Abęl.

Before the video was even released, it was nominated for a MTV EMA. Fans are obsessed. People can't get enough of the music.

Keep in mind, this is just his first single off the album. If it's this good, just imagine what the rest of the tracks sound like.

That album is gonna be straight fire.

By the way, the man looks pretty damn sexy with that short hair. Excuse me sir, is there room in that bed for two? ;)

Be sure to check out The Weeknd's full music video for "Starboy" above.